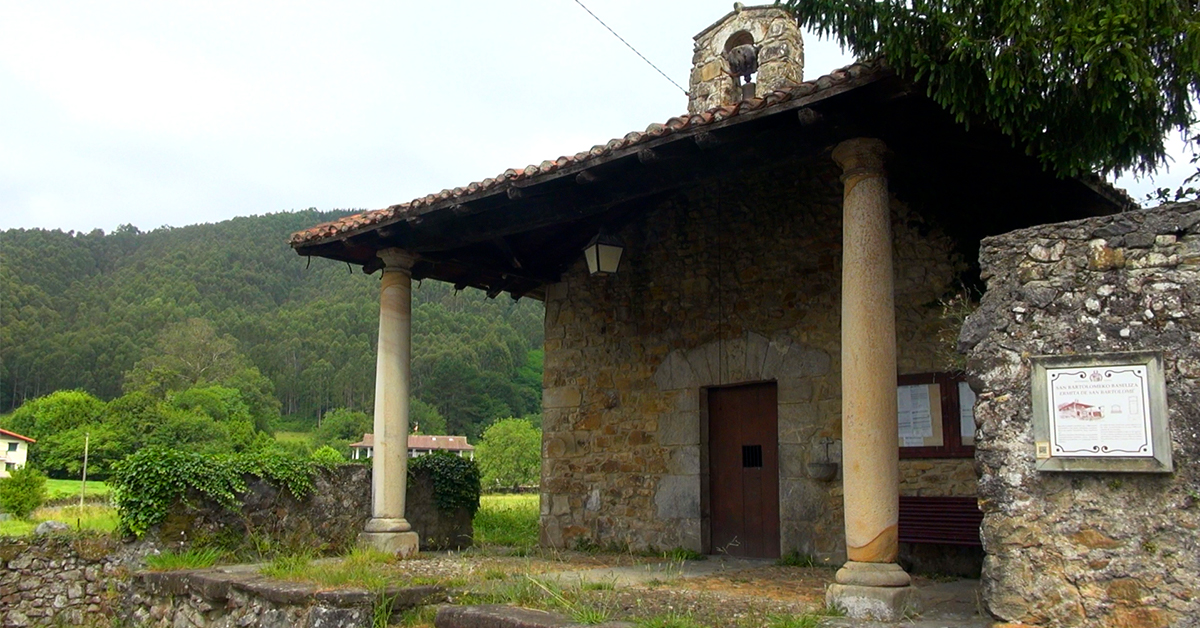 On 21 October, the Ermitak busturiarren alkargune eta aterpe video was premiered in Busturia as part of the European Heritage Days. On the following day, there was an interesting guided tour, led by the archaeologist Juanjo Hidalgo, of the town’s different chapels.

In our traditional system, the homestead has been at the centre of family life and the district at the heart of neighbourhood life. Rural neighbourhoods are groups of homesteads and were formed to deal with problems that involved more than one specific home and where solving them were the responsibility of all the local residents. Therefore, relations between neighbours were very close, often more than within the family.

The members of the neighbourhood had a series of rights and obligations in all areas of life. On the one hand, the locals had to look after the common property: uplands, streams, paths, etc.  That work is known as auzolan or community work, which was a very frequent activity some decades ago. They would mend paths, clean rivers and channels, build local schools and repair the chapels. Auzolan was also the system for neighbours to help each other with jobs such as harvesting grass for silage, slaughtering the pig… That help was also provided for weddings and funerals.

Those obligations included the upkeep of the chapel. The majority of Euskal Herria neighbourhoods have their own chapel. In the case of Busturia, the town has five chapels: the chapel of Our Lady of Las Nieves in Parezi, those of San Bartolomé and San Cristóbal of the neighbourhoods of the same names; that of San Antonio de Padua in Abiña (in Busturia but belonging to Sukarrieta parish); and that of Kurtzio, in Axpe. The first four are neighbourhood chapels and each has its own specific features, but they all follow a single model: they are small buildings with similar characteristics of the local farmsteads. 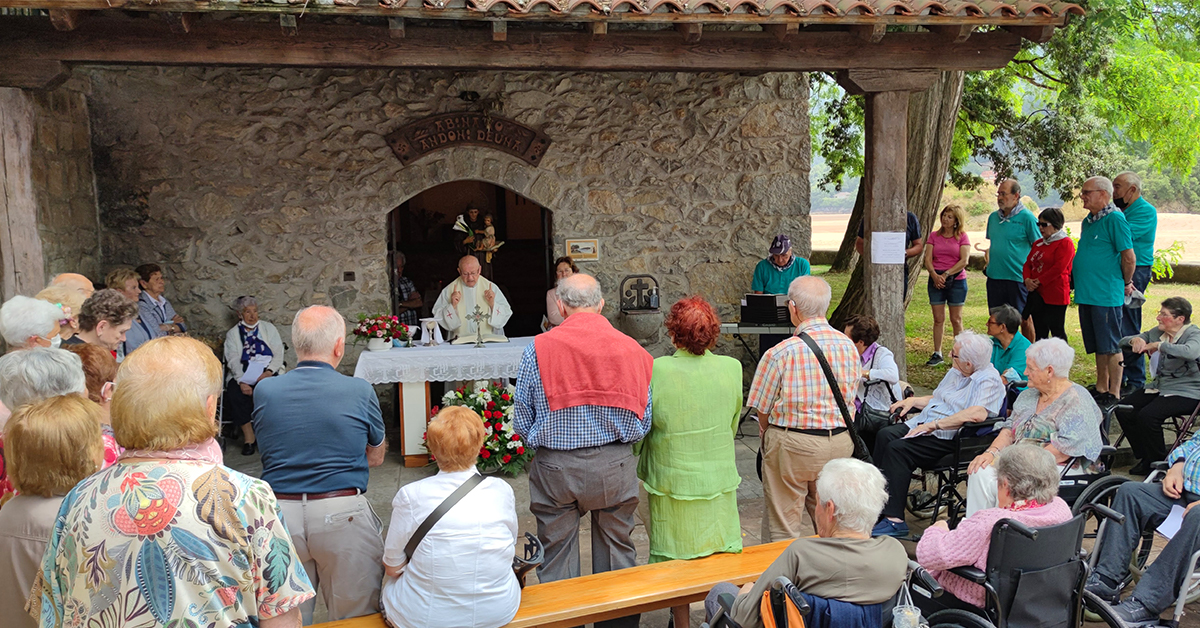 However, Kurtzio belongs to the chapel-shrine model. This chapel commemorates death and was part of funeral rite that began to be practised in the 16th century. The corpse was laid out there on its way to the parish church.

Some of the chapels are earlier than the parish churches. There were already references to the chapel in Parezi, for example, in documents from the 11th century.

The local residents, often the women living nearby, were in charge of looking after the chapels. That task was sometimes passed on from generation to generation. Even today, they continue to clean and decorate it for high days and holy days, which bring together the local residents for the different festivities and activities organised.

The locals have always particularly worshipped the saint of their neighbourhood chapel, and would regularly do so by making offerings and asking the saint to intercede for them at certain times. In the case of Busturia, St. Christopher is the patron saint of drivers, but people would also pray to him to cure earache. They would pray to the figure of Mary Magdalene in the chapel of San Bartolomé to protect the fishermen; and to Our Lady of the Snows to ask for rain at times of drought.

Those rites have been lost in time, but there are still people who recall carrying them out and do so with pride. The chapels and the neighbourhood life attached to them are a good way of learning more about our towns and neighbourhoods.