Dawn songs in Álava in the early 21st century 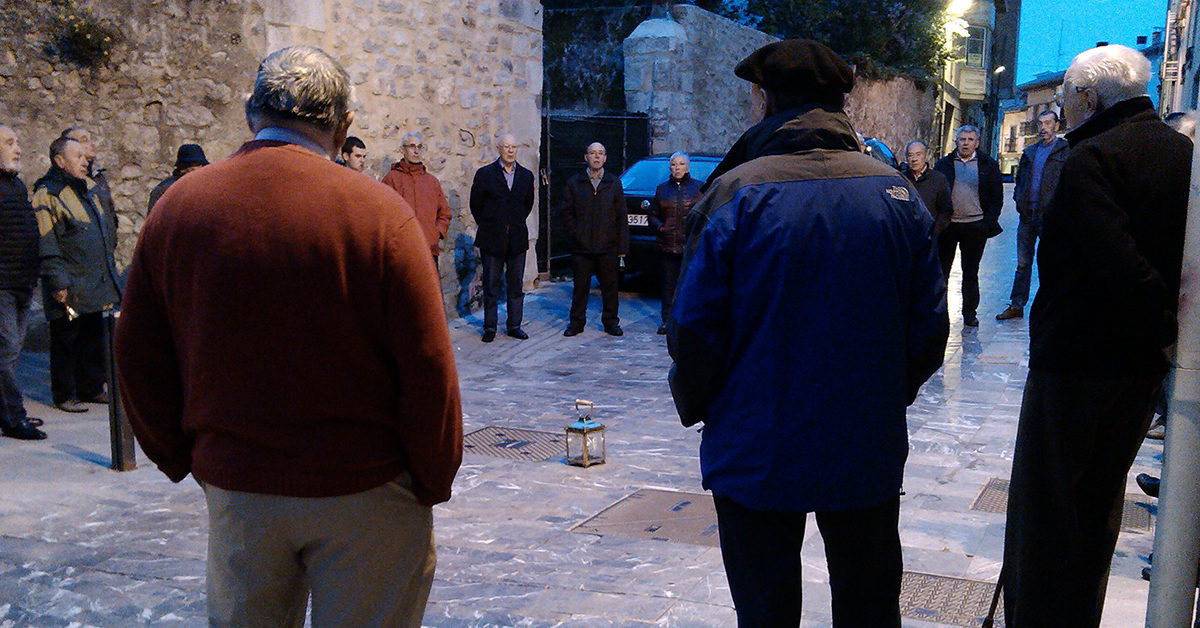 Dawn songs have been a crucial aspect of popular worship in the rural world and which still persist in the early 21st century (or at least that was the case until the pandemic) in different towns of Álava. The songs have some characteristics in common, but each place has its own specific traits.

“Auroros, despertadores or rosarieros” brotherhoods who called the faithful to say the rosary of the dawn (aurora) were known to already exist back in the 17th century. Yet the heyday was from the 18th century onwards, when the worshiping of the rosary was also at its zenith. Rosaries thus began to be sung on Sundays and feast days to simple and popular melodies. Organised groups formed lamp or bell processions, that called the local residents to say a rosary at the first mass of the morning and referring to the saint and feast day in question, to whom the rosary would be dedicated.

When in 1878 Pope Leo XIII ordered that the rosary be recited by processions throughout October (which is why many older people still call it “the month of the rosary”), and Hail Marys, Our Fathers and Glory Bes were added for greater solemnity, this popular form of worshipping was at its peak. The figure of the auroro most probably dates back to that time, but is still remembered by the oldest generation. The auroro was a devout man who, holding a lamp and bell, walk by himself through the sleepy streets of the town as he sang the verses for the day set down in a small book that he carried. As he made his way towards the church, the auroro would be joined by other members of the faithful who would start their day by fulfilling their religious observances. This type of popular worship was deeply rooted among the lower levels of society compared to other observances that were more typical of the well off. 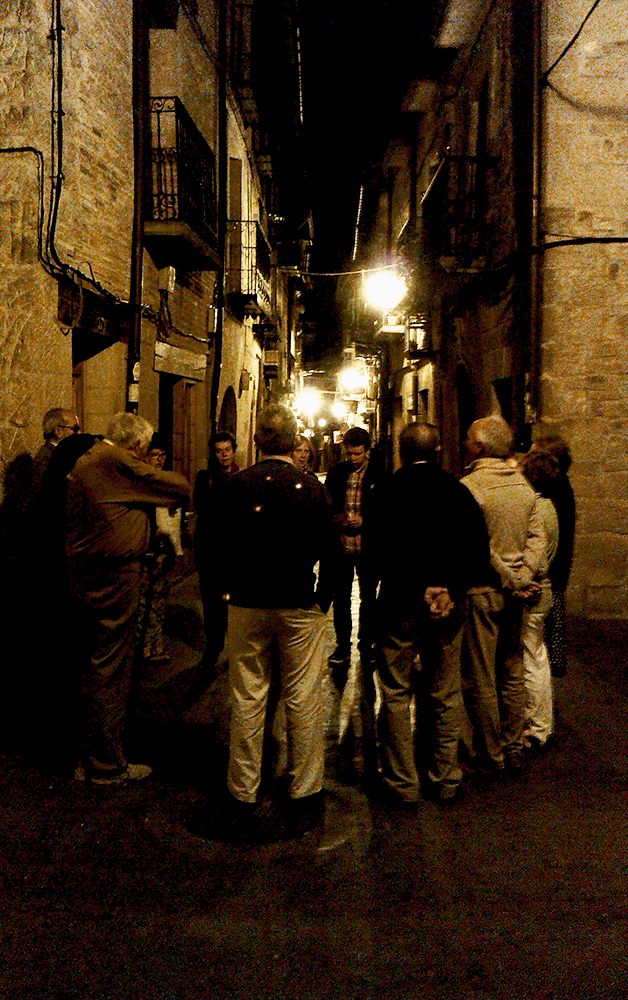 The auroras or dawn songs (also known as versos (verses) in Laguardia and aleluyas (alleluias) in Salvatierra) that have survived to the present come from this custom of marking certain dates of the liturgical calendar and announcing the saint of the day to the neighbourhood, whose residents were called upon to recite the rosary of the dawn before starting their working day. The songs are now chanted on certain days by groups who make their way through the streets of the town to sing them at set points on an agreed route that is usually circular or perimetral. The lyrics, one for each day and not forgetting those for the liturgical feast days, were written down in small books, such as the one that can still be seen in Moreda. Over time, the practice gradually went from being daily to only happening on Sundays and feast days. Finally, the changes from the 1960s onwards led to the decline of the dawn songs: along with the rapid secularisation of society, mechanisation or industrialisation encouraged people not only to leave the rural setting, but also the rural world with its specific world view.

Thus, even though the custom was to be found in any town or village, records of it still remain (in the literature or because lyrics have survived) in Abetxuko, Apellániz, Arlucea, Bernedo, Elciego, San Román de Campezo, Loza, Heredia, Mezquia and Gaceo. The tradition lived on in other places until a few years ago, but the lack of a new generation to take over threatens its continuity, as is the case in Elvillar, Moreda or Orbiso. It is precisely because the tradition has mainly disappeared that its presence or we could say resistance in our territory is noteworthy. In the 21st century, the custom has emerged in Cripán, Labraza, Lagrán, Laguardia, Lanciego, Oyón, Pipaón, Salvatierra, Santa Cruz de Campezo, Vitoria-Gasteiz, the Arana Valley and Yécora, thanks not only to the tradition surviving, but also to places where it has been recovered or even “invented” recently, as in Vitoria-Gasteiz.

It might not seem that we are talking about large number from a quantitative point of view. However, it is significant insofar as each place has its own dates, lyrics, melodies, associated customs or profile of the members of the groups coming under the generic name of dawn songs. Obviously, the auroras of those towns shared characteristics, including having the same lyrics (or with slight changes), dates when the tradition is more likely (6 January, 15 August…), and the majority of groups being over 60 on avarage. The lamp and the bell, which used to be essential for the early hour and to call the faithful to prayer, are now accessories but which are kept as part of the tradition. They are also a distinguishing feature in towns such as Salvatierra, for instance.

However, a more detailed analysis reveals that the tradition is different in each location. That is not only down to the musical aspects of the songs (with popular and repeated melodies in some cases and complex and unique in others) or the lyrics (shared between different locations, but also composed ex profeso for each occasion, sometimes with the aim of reflecting the most important aspects of the last year), but also to their link to other aspects: with the time of the aurora (when it is performed, but particularly how it starts and ends at each stop); with the space (the route, the places where the singers stop, where they do not and why); with who is present (not only those who are singing, but the many different other ways of taking part, whether providing food and drink along the route and listening from the windows); with the absences (“the saints of this day”, “the souls in Purgatory”, “the first person no longer with us “…); with the associated material heritage (lamps, bells); with the customs associated with each group (having a shot of alcohol and some biscuits before setting off on the route, climbing to the top of the belltower to wake the local residents up at the end of the route, hot chocolate being handed out…) and, above all, the vitality in some places that has allowed to it adapt to the changing times beyond its religious nature and to become a local hallmark.

Vendejeras: from the vegetable garden to market