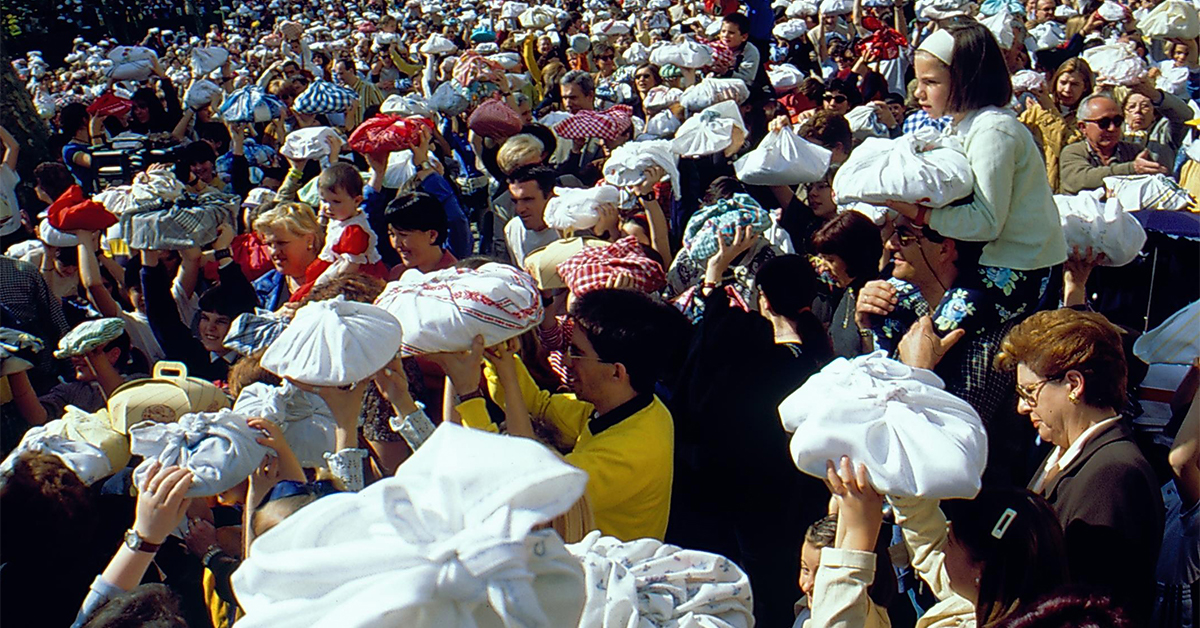 We are about to address a custom which encompasses or combines various areas of traditional culture, such as parental relationships (including obligations and interactions), interrelations between age categories, religious beliefs and social protocols, cyclical aspects of our gastronomy, or even elements of customary law. Thus, godmothers and godfathers (aita-amabitxiak or aita-ama pontekoak) acquired a paschal commitment to present their godchildren with a special loaf of bread, year in, year out (sometimes until their wedding or religious consecration), known as karapaixoa (Debagoiena, in Gipuzkoa, and Aramaio, in Araba), garapaua in Elgeta (Gipuzkoa), adar-opila in Bidasoa (Gipuzkoa), aitatxi-amatxi opila in Baztan (Navarre), morrodoa in Garazi (Lower Navarre), morrokotea or mokotsa in Arratia, Durangaldea and Busturialdea (all three in Bizkaia)… And on the feast of St Mark (25 April), the sanmarkos-opila (Bidasoa and Oarsoaldea, both in Gipuzkoa), an almond cake, usual gift from godmothers during this classic festivity of blessing of fields. 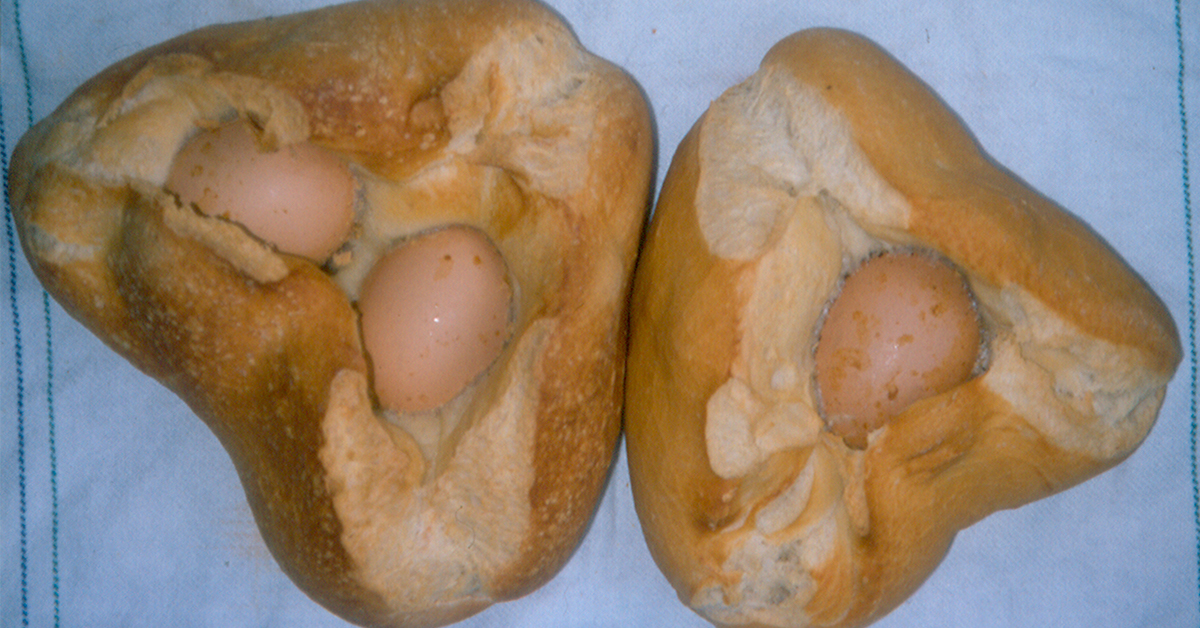 It is a reminder of the responsibility (voluntary or agreed) assumed by godparents for the guardianship of their godchildren in times of need (death, migration, abandonment or economic necessity of their parents), referential modelling, moral or educational formation, and affinity or reference (physical resemblance and attitude towards life, shared destiny since the creed was recited and the baptismal salt was administered and received…). In our context, godmothers would give them (from Easter to St Mark’s Day) a triangular loaf of homemade bread, complemented or decorated with whole eggs and chorizos. Cake-breads in wealthy households used to be more elaborate, whereas humble families tended to simplicity. Nowadays, customary pazko-opilak compete with their sweet version, gastronomic traditions which are deeply rooted and widespread among us. And in a good part of Europe, eggs decorated with chocolate have become increasingly popular. Once observed throughout the Basque Country, our practice is actually rather similar, eggs being an important complement to the Easter cake (in both savoury and sweet versions) and the St Mark’s tart, presents from godmothers to their godchildren on these significant dates. 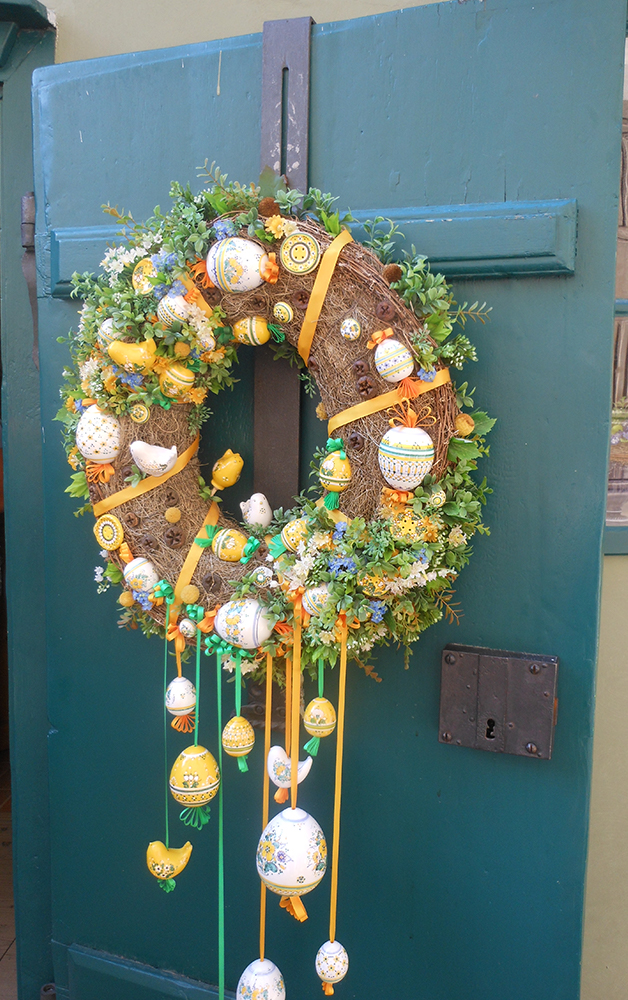 Its use and generalization are based on the obligatory food abstinence of not consuming meat, dairy products or eggs during Lent, which resulted in a surplus of such food items in traditional pantries. Besides, eggs are symbolically associated with the spring renewal of life, and specifically, in the Christian orbit, with the resurrection of Jesus. The custom of Easter eggs remains indeed quite common in Western Europe, prepared whole (raw or boiled) or emptied for Easter Sunday, usually decorated and painted in polychrome, and gifted to godchildren, offered during the religious celebration or hung on trees near the place of worship.

This gift from godparents to their godchildren coincides with the nascent time of spring, the relaxation of customs on Resurrection Sunday and the celebrated month of May. It should be noted, however, that other similar food items are likewise given away, with different motivations, throughout the annual cycle: namely, the so-called piper-opilak and olatak abound for the feast of the Epiphany, St Blaise’s festivities, and Carnival (as a prize in the antzar-jokoa), as well as offerings on All Saints’ Day, typical festive donations to priests, and tokens presented by girls (in their two elaborative variants) to young lads who invited them to dance the well-known Zortzikoak of Sakana (Navarre) or the singular Erregelak of Durangaldea (Bizkaia).