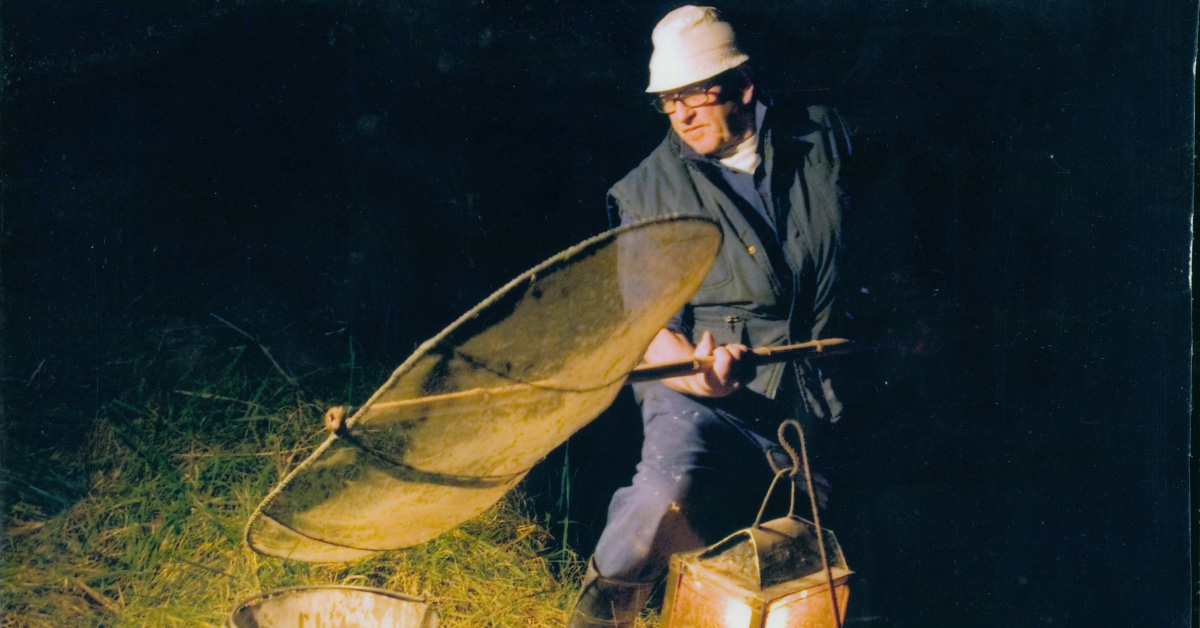 I can’t even remember when I last ate elvers! I only know that it was a long time ago. Now I come to think about, I am whisked back to my childhood, when I would watch those tiny cars (Seat 600, 127, 850, R-5…; tiny compared to the current ones) go by, with long sticks and large sieves, sometimes tied to the roof racks and other times just sticking out of the car windows. Those people would be coming back from fishing for elvers where the River Butrón flowed into the Plentzia estuary.

Elvers were and continue to be typically eaten on Christmas Eve. Yet they were and still are a luxury product that not everyone can afford. That meant that a few decades ago, quite a few people would catch and sell them to make some extra money. However, some people only would go from time to time and catch them to be eaten at home.

The elver season begins at the end of October, in early November, depending on the weather; as according to what we have been told, elvers like heavy rain and warm water. Anyhow, the best months are usually January and February. Depending on the weather, elvers can be caught well into spring. In May, the elvers start to be too large and the season is over. 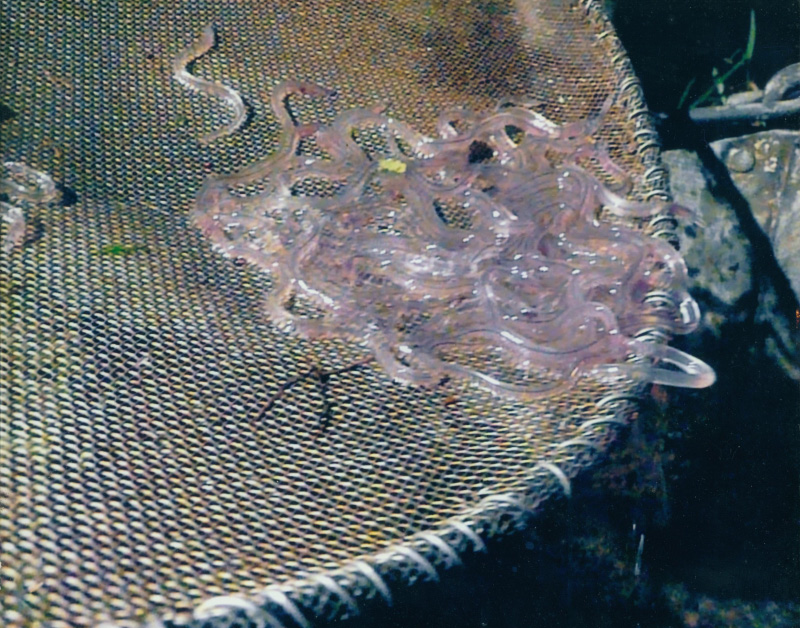 Elvers are caught from the bank, always at night and on a rising tide. Three simple tools are needed: a lantern (a torch or spotlight using a battery are used today, a sieve and a bucket. And also, appropriate clothing and footwear. The lantern would be hung from a wooden stick, which had to be replaced every year as it would be damaged by the damp. A metal holder is now used.

The traditional fishing method is very simple: the light source is placed on the bank and the sieve is dipped into the water over and over against the current. The number of elvers caught each time varies greatly depending the day. There will sometimes be 4-5, 15-20, and if you’re very lucky 40-50; but the most usual is not to find a single one in the sieve. Anyhow, the elvers in the sieve are emptied straight into the bucket. It seems that they are far fewer in number than a few decades ago and it can take a long time to catch 100 g.

In the past, most of elvers caught were sold in Neguri or in Mungia and were highly sought after around Christmas. Many people would therefore go and catch them at night and then go straight to work in the factory or the workshop. It was a way of making some extra money.

Before the elvers were sold, they would first be put in water which tobacco had been put in (either loose-leaf tobacco, part of a cigar or a couple of cigarettes). They are now also killed using salt, but it is said that tobacco works better as the elvers look brighter, while salt wrinkles them. They were then left for a time in water to remove the “snot” released. Then they were rinsed two or three times in clean water. The elvers were then cooked in water and salt.  They would then be scattered over a sheet to cool and dry.

The traditional way of preparing them is very simple and takes five minutes.  You just need four ingredients: garlic, oil, a few chilis, and the elvers; but that is up to the taste of each individual. And if anyone has a spare portion going, please call me. I will be delighted to enjoy them with you!