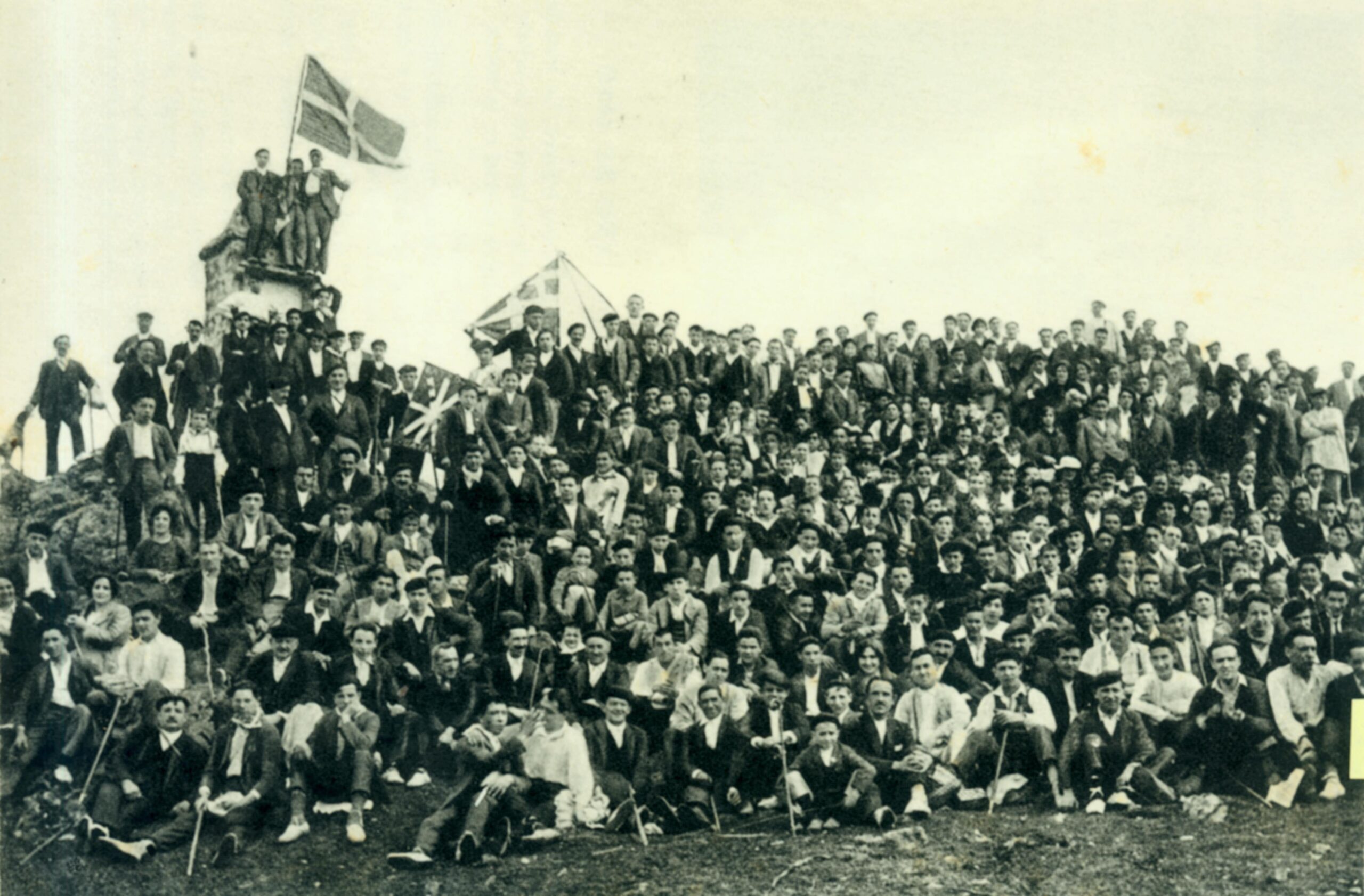 “The mendigoixal is rather the patriotic mountaineer”. Ceferino Jemein ―Keperin― thus perfectly captures those political mountaineers in nine words.

Basque mountaineering did not start with the mendigoixales, even though the mountains were the setting for both sport and politics in the early 20th century.

Yet, who were the mendigoixales? They were groups of young abertzales (Basque nationalists) who came together to support the Basque cause, by hiking, getting back to nature, and discovering the chapels, villages and towns near to where they came from.

On the other hand, the roots of sport mountaineering were totally different. It dates back earlier than Euzko Mendigoixale Batza (EMB) and the first Basque mountaineers climbed the summits just for the pleasure of improving their health and life, given the widespread endemic tuberculosis.

Basque mountaineering spread like wildfire. At the end of the 19th century, there were small groups mainly from the structures of organised football and which came together to form the Basque-Navarra Alpinism Federation-FVNA (1924).

The mendigoixales, however, headed in another direction and used the uplands to strengthen their ideals and to disseminate the political ideas of Sabino Arana. They were two approaches using the same arena, but for totally different purposes. 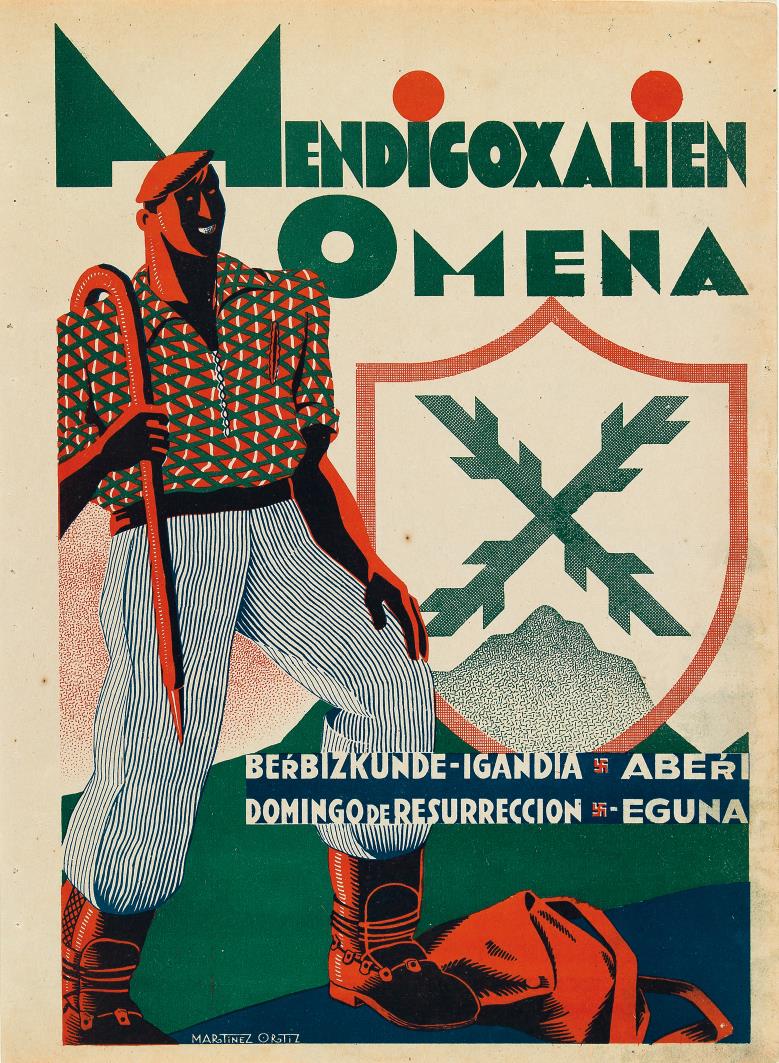 Tribute to the mendigoxales, 1932 Aberri Eguna (Day of the Basque Homeland). Collection of the Bilbao Fine Arts Museum.

Here is a short historical timeline of mountaineers and mendigoixales.

The sport spread through Europe after Mont Blanc was climbed for the first time on 8 August 1786. Later, in 1865, the summit was reached of the last unclimbed mountain over 4,000 m of the Alps, the Matterhorn (Cervino, 4,478 m). That was when the term alpinism was coined.

1877 saw the first chronicles and news articles of a group of Basque mountaineers, Ganekogortos. In 1895, the Basque National Party (EAJ-PNV) was founded and the Basque Youth of Bilbao, the origin of the EMB, was set up the following year. In 1908, the PNV had already organised some mountaineering groups to visit the upland farmsteads and villages and spread Sabino Arana’s doctrine.

On 3 April 1921, Mengoixale Batza was founded at the meeting in Arrate after climbing Mount Kalamua. There were 18 groups from Bizkaia, 10 from Gipuzkoa and one from Araba there. That same year, after a painful split, the Party created the Bizkaia and Gipuzkoa Mountaineering Federation. It was set up in the style of the Irish nationalism model. Emakume Abertzale Batza, different theatre groups, the first abertzale students’ association and Gaztetxus were also founded.

Three years later, as has already been mentioned, the FVNA was founded in Elgeta. There were officially 57 clubs, but in fact there were 77 founding entities, according to my findings: 3 from Araba, 5 from Nafarroa, 32 from Gipuzkoa and 36 from Bizkaia. The management structures of both types of mountaineering were already in place.

The next article will continue to tell the history of the mendigoixales.

Member of the Aranzadi Ethnography Department and researcher into Basque mountaineering