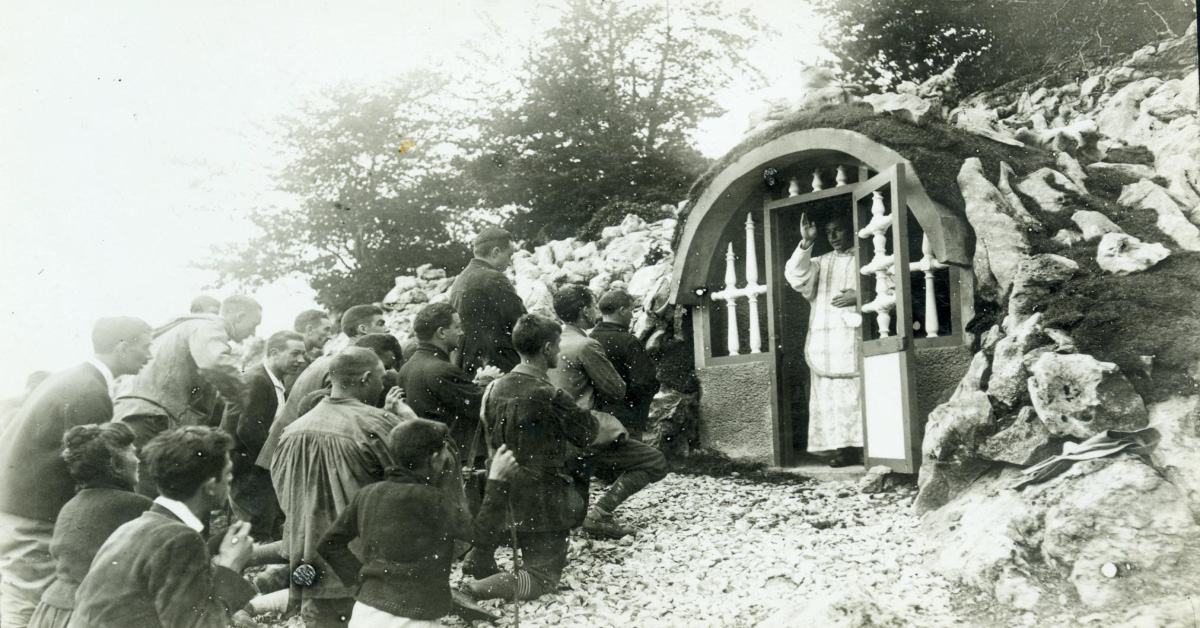 Mass for mountaineers and shepherds at the Chapel of the White Virgin in Egiriñao, Gorbea. Photo: Indalecio Ojanguren.

Let us return to the history of the mendigoixales from the third decade of the 20th century.

Jagi-Jagi was founded in 1930. Let’s say it was a group of mendigoixales outside the Party line, that were also known as EMB. This group also published a newspaper of the same name, headed by Elías Gallastegi, from September 1932. It was published weekly with a run of 20,000 copies.

On 24 May 1931, the most powerful group of mendigoixales, the one for Bikzaia, held its general meeting In Betsaide, with 40 organised groups and 1,000 patriot mountaineers. They approved its regulations, appointed a governing board and recognised the EAJ-PNV as its authority. Bizkaiko Mendigoixale Batza had groups in nearly all the municipalities at that time.

That same year, the Gipuzkoa Federation (Gipuzkoako Mendigoixale Batza) was founded in Itziar on 30 August. Three months later, Carlos Linazasoro Maiztegi ―Altzeta― was appointed as the chairman. He was a nationalist activist, who held different political posts and who merged sport mountaineering with the political one.

In 1932, the Araba Federation of Mendigoixales was set up with 10 groups, along with the one for Nafarroa, with very few groups, all of which were related to people from Bizkaia who had moved there. The four federations were brought together to form the Euzko Mendigoixale Batza (EMB) which was led by Cándido Arregui.

During the first Aberri Eguna or Day of the Basque Homeland (Bilbao, 1932) 5,000 mendigoixales paraded in their uniforms. Night hikes were also organised to the five “montes bocineros” (Ganekogorta, Oiz, Sollube, Kolitxa and Gorbeia), the horn mountains, the peaks of Bizkaia used to announce the General Assemblies with horns and lights.

In 1936, Gipuzko Mendizale Batza was founded and the mendigoixales held meetings in Bizkaia and Gipuzkoa in the spring of that year. 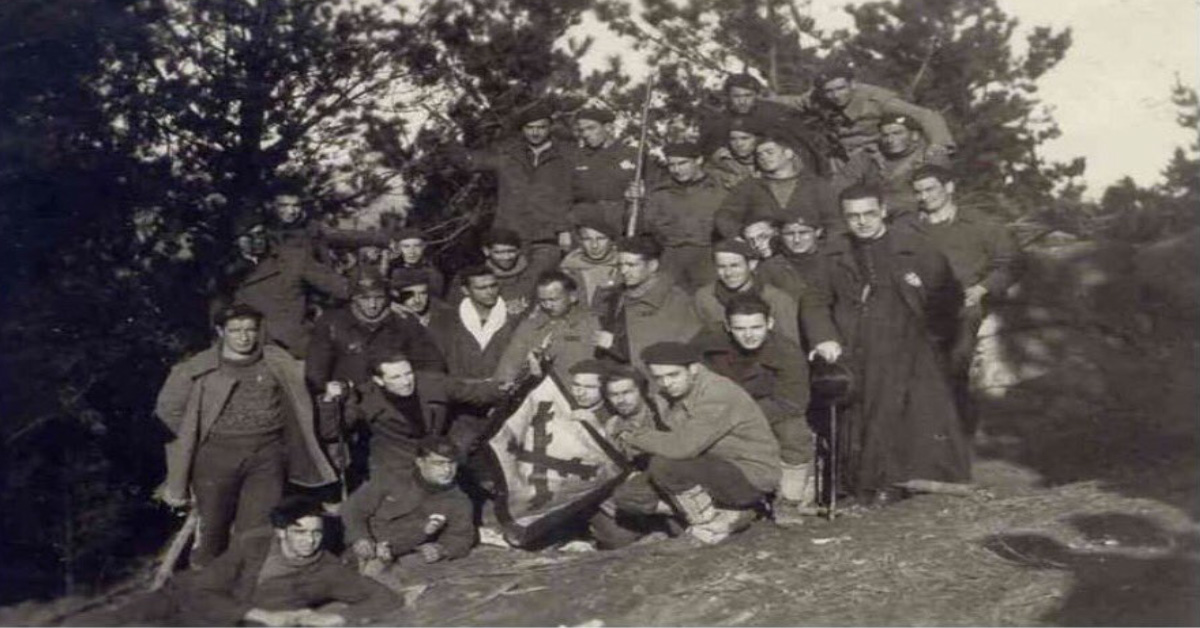 The start of the Spanish Civil War saw the mendigoixales exalted on Mount Artxanda. The Euzkadi newspaper reported that 5,000 disciplined members paraded enthusiastically. In just a few hours, they reached the summit in Bilbao in lorries, cars, but above all, on foot. They paraded in columns of 500 in a fine demonstration of the state of mind and discipline of the Basque national cadres.

On 16 August, the first known gudari died fighting during the conflict, Mikel de Alberdi (deputy chairman of EMB and chairman of GMB), in Bidania, commanding 300 mendigoixales. The EMB was divided into two batallions: Lenago il (I’d rather die) and Zergaitik ez (Why not?), led by Commanders Mikel Ayerdi and Eugenio Orbegozo, and Ángel Aguirreche as the head of the chain of command.

In 1945, EMB continued to function. In Iparralde, the part of the Basque Country in France, Cándido Arregui signed the Bayonne Pact, along with the parties, trade union and mendigoixales in exile (PCE, PNV, UGT, ANV, ELA-STV, CNT, Izquierda Republicana, Socialists of Spain and the Federal Republican Party).

Between 1964 and 1969, a group of young EAJ-PNV members reinvented the mendigoixales. Even though they were still underground, they wanted to parade on the Aberri Eguna in Pamplona (1967), but the grises (armed urban police) beat them. Some joined ETA and the others disbanded.

This is the story of Basque mountaineering, which was founded along two parallel but separate paths. We do not know if there was any relationship between them, but that would have been fitting; the sport mountaineers had nothing to do with the political ones, but the odd few could have been in both camps.

Member of the Aranzadi Ethnography Department and researcher into Basque mountaineering