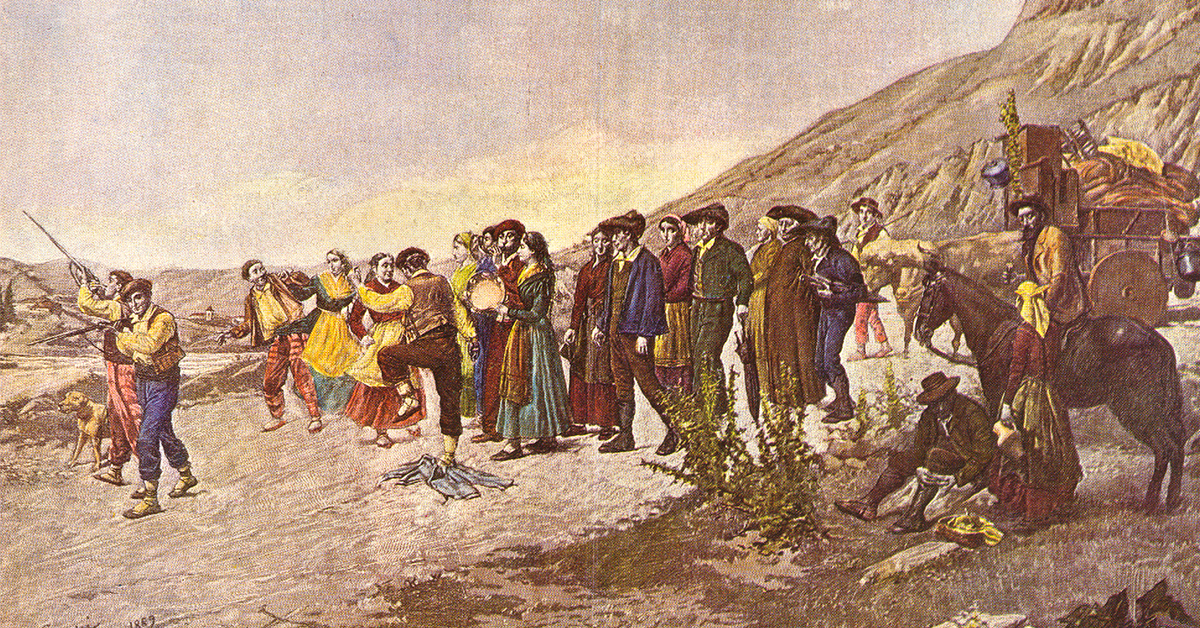 Within the private sphere of families, community groups and neighbourhood associations, certain traditions (songs, improvisations, stories and legends, musical and rhythmic internalizations or informal dances) emerged and achieved great social and recreational impact. Spreading throughout the peninsula since the 16th century, this social phenomenon would be likewise echoed in the Basque Country, manifesting itself in a generalized, spontaneous manner which was hardly subject to standardization.

As it happened, small social gatherings for dancing and conversation were source of solace for many during the long and unpleasant autumn and winter days. Such informal evening get-togethers, held by the light of a candle or around the hearth, brought different generations or specific age groups together in subsidiary agricultural work and chores (corn, cereal, vegetables or fruit shelling), textile processing (treatment and spinning of wool or flax, knitting or sewing), community service —known as auzolan— (road and path cleaning, repair work, communal felling, lime making, and charity work), professional and associative meetings (shepherds, stockbreeders, smugglers, brotherhoods or guilds, youth clubs and associations…), or simple night-time fun and games during annual festivities, pig slaughter, weddings and additional religious occasions, lengthy gatherings at the local tavern or inn, in municipal halls or youth clubs, low-key musical soirées at home —or bigirak—, or other more peculiar circumstances. 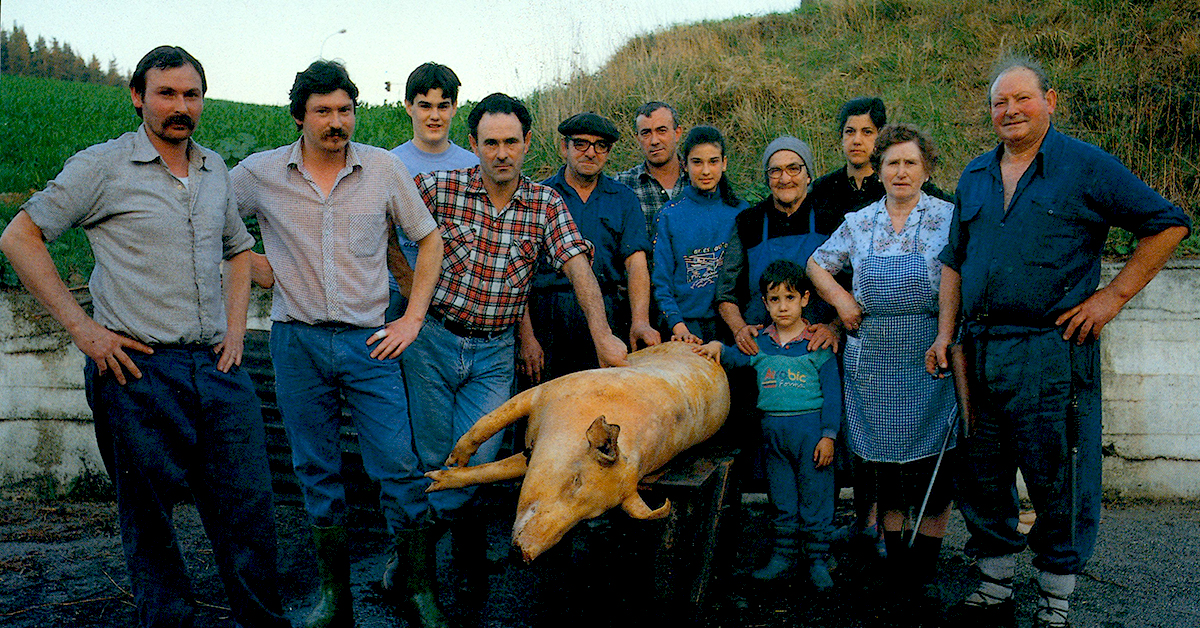 Nightly entertainment would be usually excused for the above-mentioned reasons, the din of social interaction and the ingestion of food or drink favouring community fun and recreation. Folks would accompany themselves by whatever instruments at hand: pans, bottles, grinding bowls, spoons, tambourines, tables, glasses… Spontaneously or induced, they were urged by the need to demonstrate their ability or capacity to move about, keeping body balance around an oil lamp or a candlestick, a cereal measuring bushel, a glass, or two crossed sticks or girdles, and otherwise, the younger ones were encouraged to dance to the sound of the adults’ singing. Other colourful choreographies were equally popular, encouraging footwork at increasing speed and within a limited space of one’s choice (a tile, a marked dance floor…) and testing the participant’s endurance. Similar formulas were used to show personal dexterity in the jauziak —name given to a certain dance, literally ‘jumps, leaps’— and the loose dance (jota or arin-arin —from arin ‘fast’).

Rhythmic games with hands and other parts of the body, or tapping of feet or clogs on the wooden floor, and even the sequencing of them all, were also enjoyed. Not forgetting other remarkable dances (gestural, comic or scenic), meant to emphasize the movements of the dancers or generate hilarity. They would move in a thousand disparate ways around or on chairs, competed in line to imitate the extravagant actions of the leader, or tried to avoid the penalty of failure or the burning of the object carried on their backs. There are other types of dances which adopt local melodies of musical pieces (jota, circular formations, paso doble…), performed in pairs, accentuating the sensuality or erotic picaresque, combining grotesque performances, and featuring tradespeople and other characters (barbers, shoemakers, bear-keepers, witches…).

A wide range of games and dances, traditionally widespread social events, now confined to the Pyrenean valleys of Baztan —irri- or jostaketa-dantzak, from irri ‘laughter’ or jostaketa ‘amusement, recreation’— along with territories of Lapurdi and Lower Navarre —kalapita-iantzak, from kalapita ‘racket, uproar’—, and in other places, incorporated into the so-called children’s folklore.