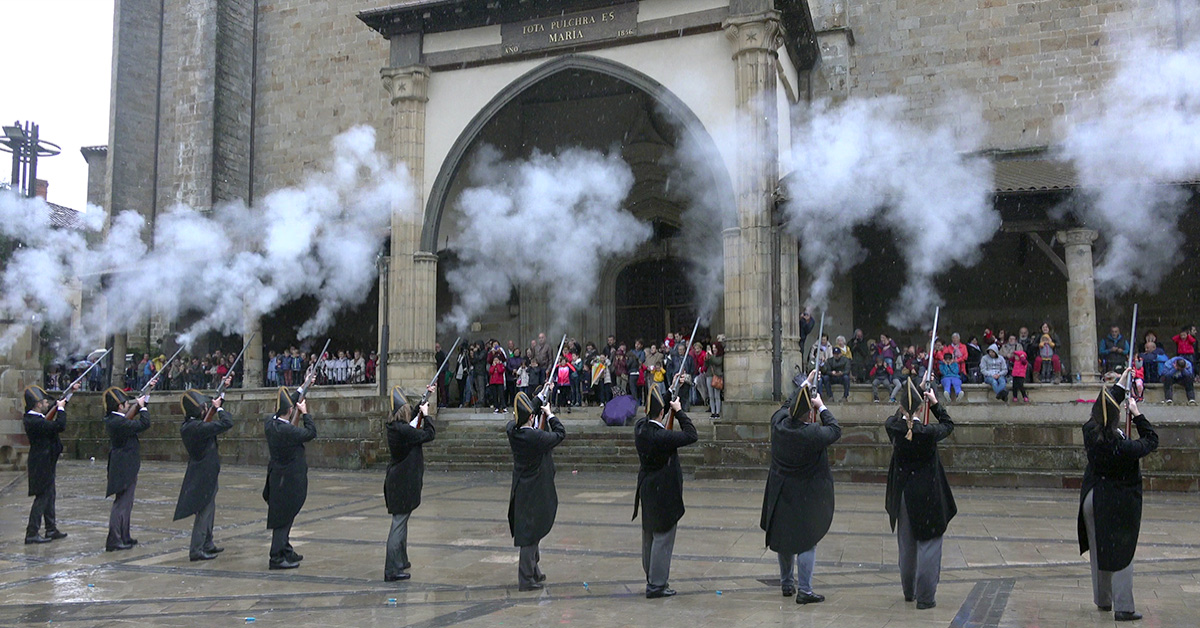 The errebombillos festivity “… dates back to the victorious battle of Lepanto, when celebrated men from Elorrio or elorrianos as they are known, under the command of John of Austria, fought against the Moorish forces…”. Therefore, “… the date on which it is regularly held is in keeping with the tradition, as Lepanto and Our Lady of the Rosary embody historical recollections…”(1).

There are more popular versions that go into more detail, where it is contented that several members of the Amandarro family, when they returned from the battle, fired several rounds when they reached the Kanpazar gate. Passed on by word of mouth from generation to generation, romantic touches have been added and the accounts are a cornerstone for the tradition to survive in the community. 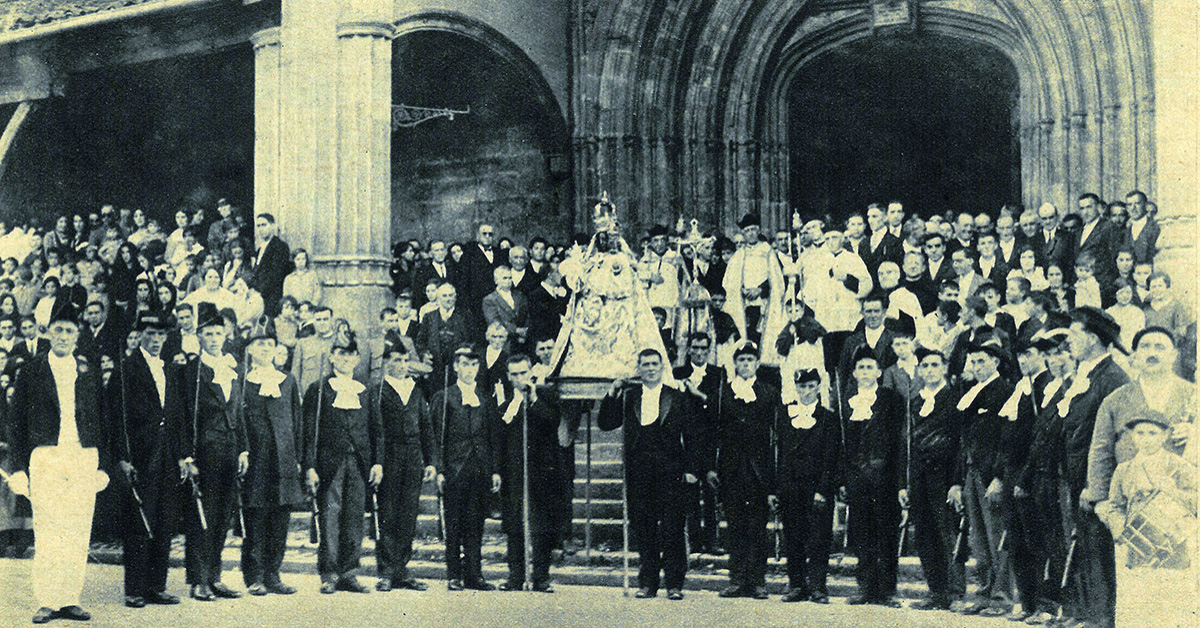 If we cursorily dissect the celebrations, we find two main elements. On the one hand, the one after which it is named on the liturgical calendar: Our Lady of the Rosary. A celebration supported by different Popes and which, in the case of Elorrio, takes the form of vespers, the procession and the singing of the Salve Regina.

On the other hand, the armed groups, the errebombillos, who make their first appearance nowadays at 5 o’clock in the morning (at 3 or 4 o’clock in the early 20th century), wearing street clothes, and fire rounds of gunshots in the centre of the charter town. In the afternoon, on the same day, and in their dress uniform, the errebombillos let off gunshots at different points, some of which coincide with the procession going past. 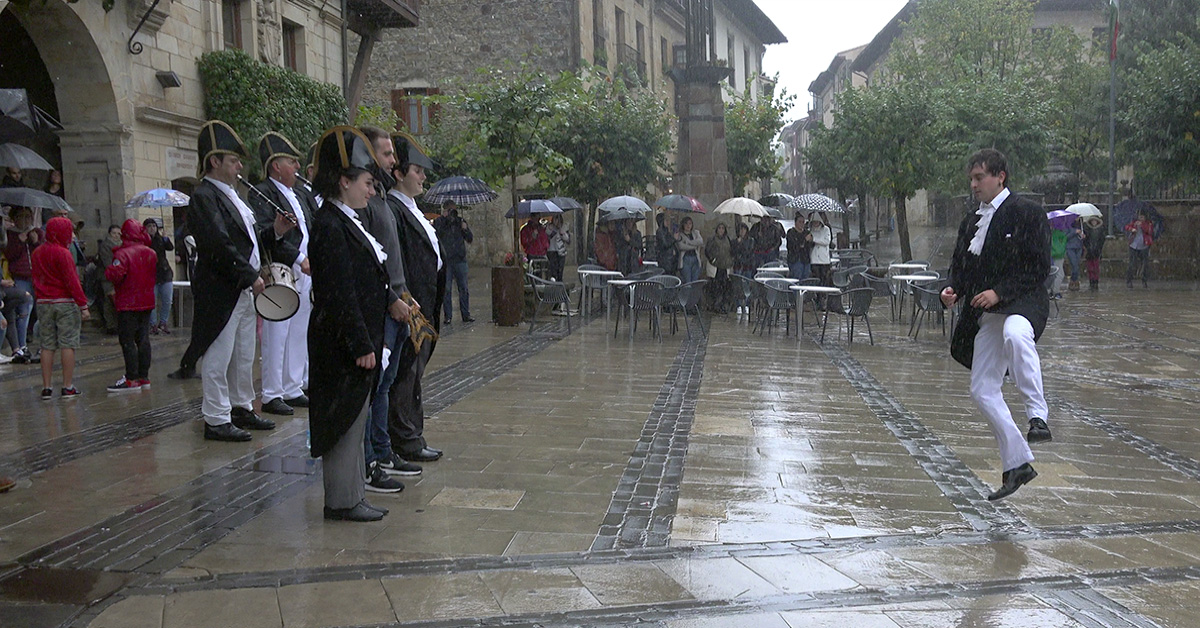 It is not unreasonable to suppose a direct connection with the parade of arms (swords & knives and firearms) in different towns from the 16th to the 19th centuries, at least in Bizkaia and Gipuzkoa, whose purpose was to check that the weapons were ready for use in case of war. Over time, some of those parades have become celebrations attracting huge crowds (Hondarribia, Irun and Tolosa). Others, of which Elorrio, Antzuola, Legazpi and the Pesta Berri are examples, are highly ritualized performances.

In any event, the climax of the Elorrio festivity has always been the Aurresku ceremonial dance, which embodies the social aspect. It was previously led by 12 or 14 men, but in 2019, by 15 members of both sexes. Men and women alike take part, wearing bicorne hats, frock coats and frilled shirts, commanded by the Captain and always accompanied by txistularis or Basque flute players.

The Battle of Lepanto (07/10/1571) took place on the Mediterranean Sea, specifically between the Gulf of Patras and the Gulf of Corinth, just off the city of the same name. It was a naval engagement when Christian forces clashed with the Ottoman troops.

Even though there are several articles on the festivity, with one of the oldest being the one published in El Noticiero Bilbaíno by León de Capelastegui in 1883, a seminal work is Errebonbilloak (Gerediaga Elkartea, 2009), by the tireless folklorist Iñaki Irigoien Etxebarria. That seminal work provides a wealth of information, from archive documents and publications.