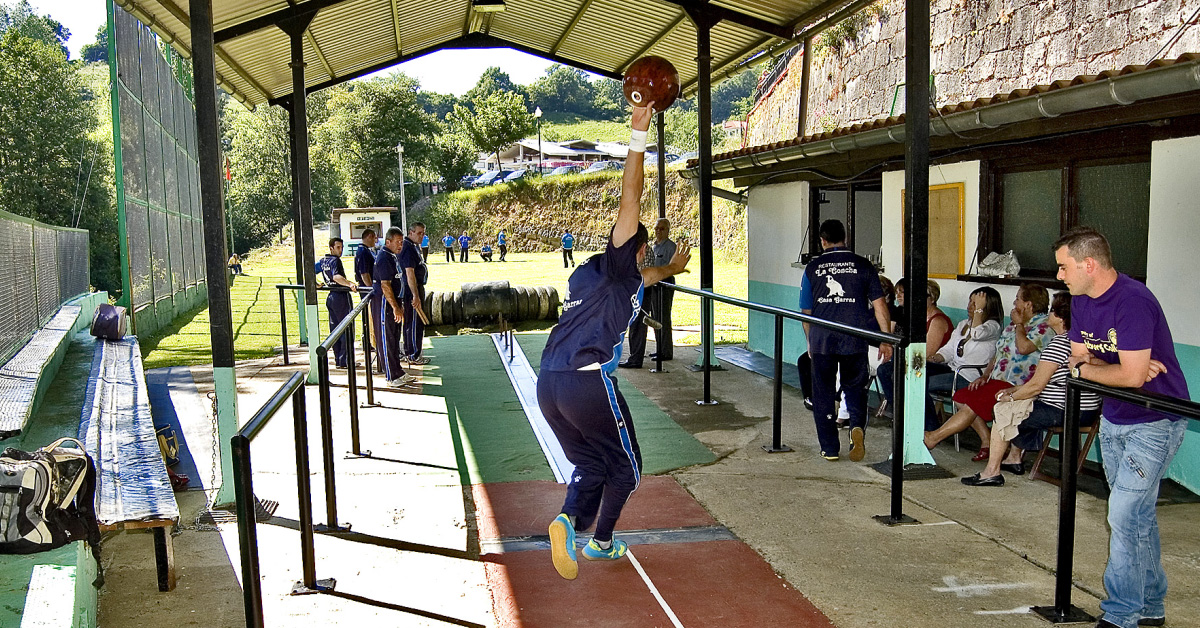 Rolling the ball in at match at the Concha skittle alley. Author: Miguel Sabino Díaz.

Pasabolo tablón or skittles is one of the traditional versions of the sport of bowling that is still played in the Carranza Valley.

The pins, previously known as “skittles”, are one of its main elements.

In general, the pins measure 35 cm long and 3.30 cm thick, with a slightly rounded base and tip.

This type of pin used to be made completely by hand.  That was how Moisés Calleja, who lived in Venta Laperra, near to the La Cadena neighbourhood, made them at the end of the 1950s.

Moisés used oak branches for the wood, which he would fell in November, December and January during the waning moon.  Once the wood was cut, he left it to dry for at least two years. 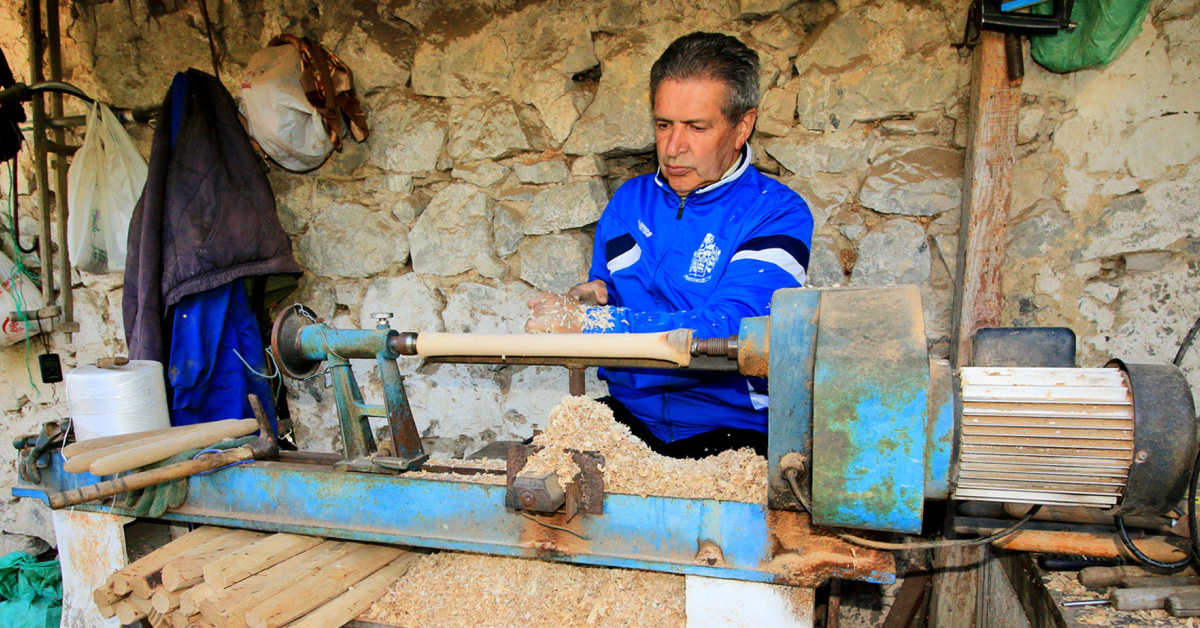 He started to make the pin using an axe to remove most of the wood and form the rough shape. He would then use a rasp to gradually smooth it and get the final pin.

Nowadays, José Antonio Cano “Guito”, who lives in La Cadena, spends part of his time making this type of pins.

In the same way as in the past, he uses oak and follows the old cutting and drying periods.

However, he makes the pins using a small electric lathe, with which, along with a gouge and chisel, he removes the wood until the pin has its final shape. 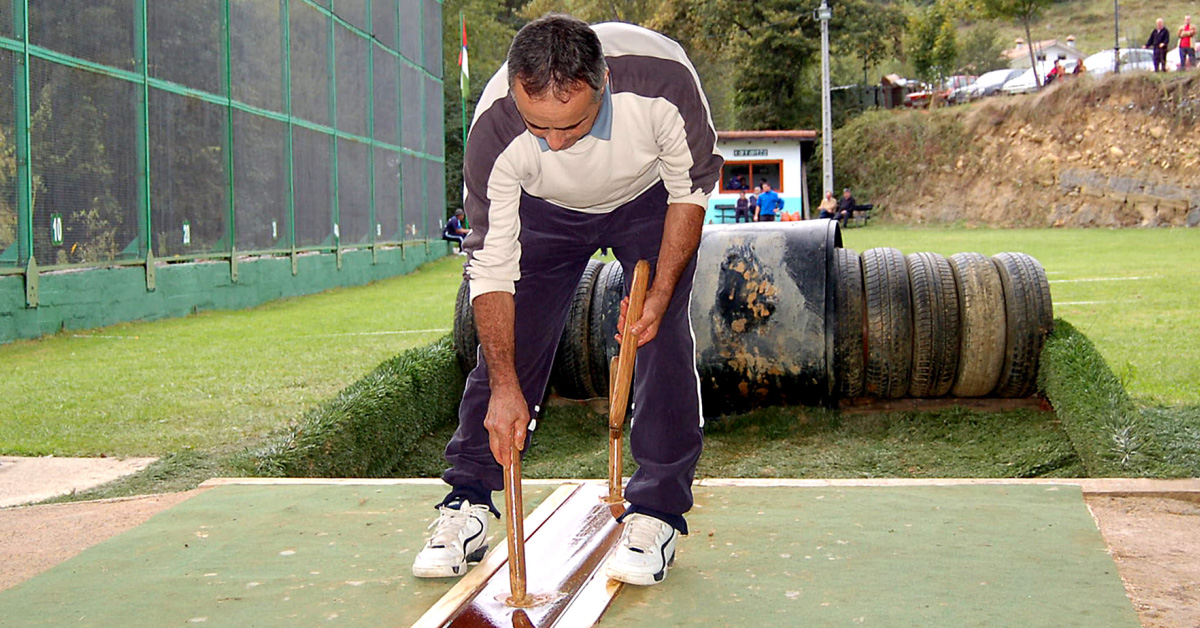 Setting up the pins in the Concha skittle alley. Author: Miguel Sabino Díaz.