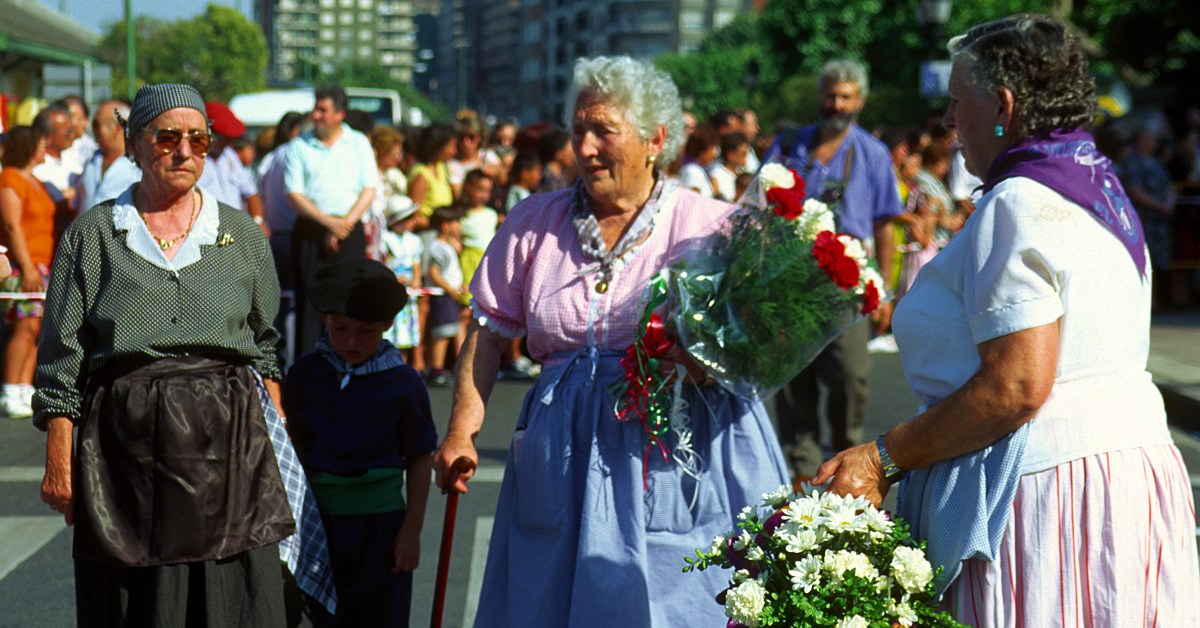 Like a flash from the past, I recall when I was going past the building where “Charo” lived on my way to school, where she would be leaning out of the window. She would comment on how much I took after my maternal grandfather, not so much for his moustache as for his build.

“Charo” (Rosario Santín), nicknamed the Bella (Beauty) or Gitana (gypsy woman), was one of the last and best known sardineras (women sardine sellers) of Santurtzi. The story goes (though debatable) that she was the model for the sculpture in tribute to this trade. The work of Joaquín Lucarini, the statue was unveiled on 8 September 1964 and stands on the promenade of the same name. 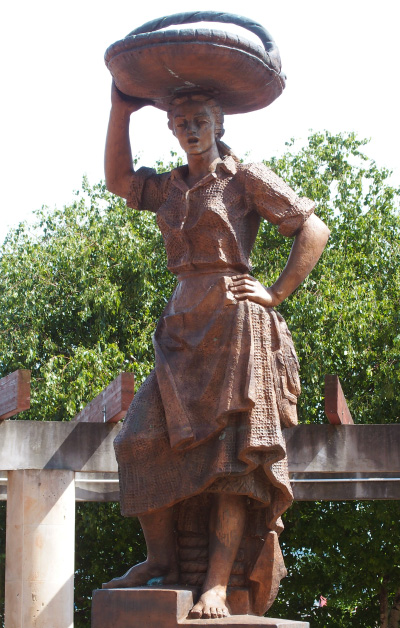 The sardinera (I have also seen “sardinero” used for the sardine fisherman) and/or fisherwoman selling their wares were not exclusive to Santurtzi. That figure could be found in the harbours close to Santurtzi, including Algorta (Getxo), Zierbena and Portugalete, or further afield in Santander, Bermeo, Donostia/San Sebastián or Donibane Lohitzune, to name a few.

But what do we know about this trade? The oldest and most consistent references that we have found are the texts of “Argos” (S. Goicoechea) and E. Arriaga, from the end of 19th and early 20th centuries. Those well-known authors wrote about certain women and their backbreaking work from Santurce, as the town was then known, who would buy the auctioned fish and then make their way to Bilbao. They carried oval and concave baskets with several dozens of the delicious oily fish on their heads. The women, often barefoot, would be heard shouting “fresh sardines!” to sell their wares, but not without some haggling involved.

They gradually stopped making the journey on foot with the coming into service of the animal-drawn tram from Las Arenas (Getxo) to Bilbao (1876) and subsequently, in 1888, of the railway from Portugalete to the city. However, several stanzas would be left in the collective memory and that, by the mid-20th century, would be captured in the “Desde Santurce a Bilbao” (From Santurce to Bilbao) song. 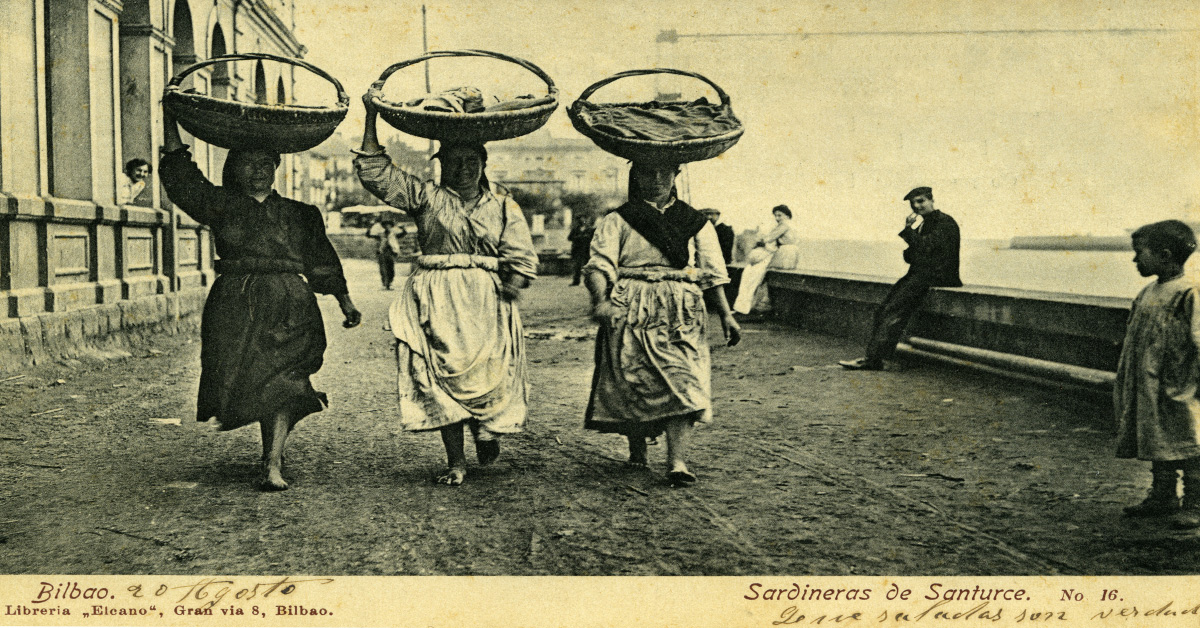 Sardineras next to La Canilla station (Portugalete). Prior to 1908. X. Dueñas Archive.

Things would change with the passing of time and the sardineras’ work would overlap with that of the net menders or those loading and unloading the cargo in the free port. The wide basket (“gamella”, according to certain accounts) was replaced by the pail or cart. Competitions were organised in Bilbao to discover the best crier and, eventually, the sardineras were included in the land and sea procession for Our Lady of El Carmen that is held in Santurtzi on 16 July each year.

Even though the trade has now disappeared, we still have the song and the descendants of those sardineras proudly defending the legacy. Furthermore, the Sea Interpretation Centre (Santurtzi Itsasoa), housed in the ground floor of the Fishermen’s Guild, has a collection of items and accounts to showcase this and other local fishing jobs. Today, they are heritage of the past but living on in the memory.