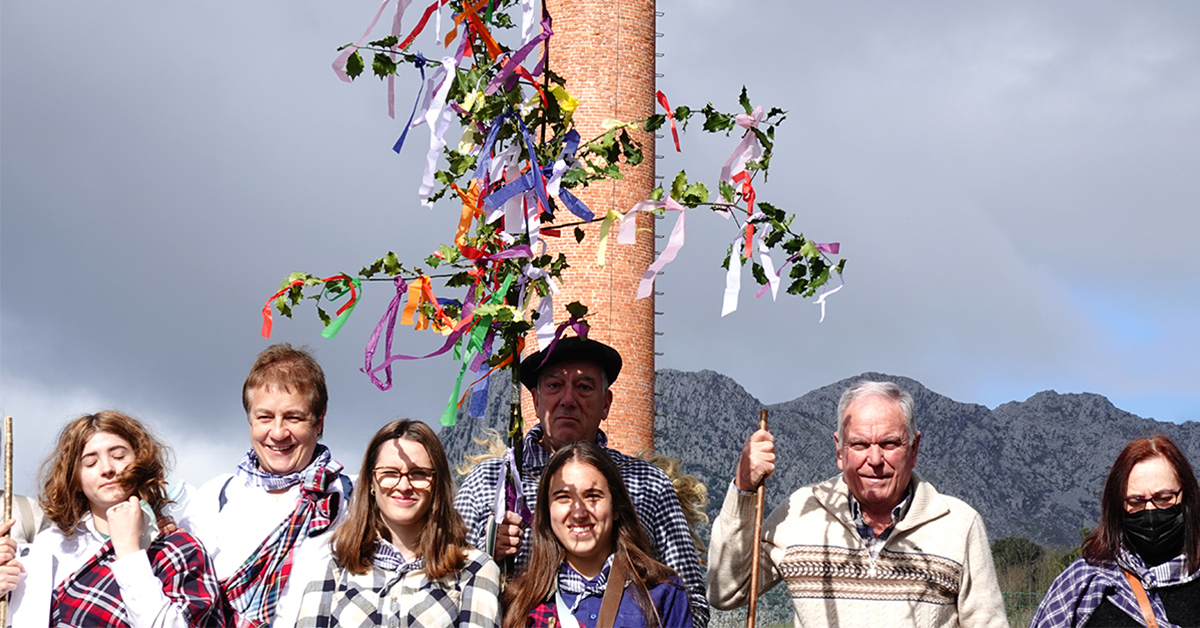 The most direct relationship – and undoubtedly of vital importance – between nature, (in its plant inanimate aspect) and the human being, in these latitudes and leaving aside the information that the virtual and audiovisual media overwhelms us with every day, is practically part of the past, but we are aware that it still remains and how it has managed to adapt.

Let us start with flowers, such as those of St. John that were arranged – along with onions, corn, wheat, cherries and herbs – into a bunch or sortie to be blessed in the church and, later, placed in the door or window of the house on the saint’s day. We now very rarely see those bunches and in a few more the flower of the thistle or eguzki lore. The fate of the custom of lighting wheat sheaves and going through private fields chanting a spell for a good crop has been worse, as it has fallen out of use. 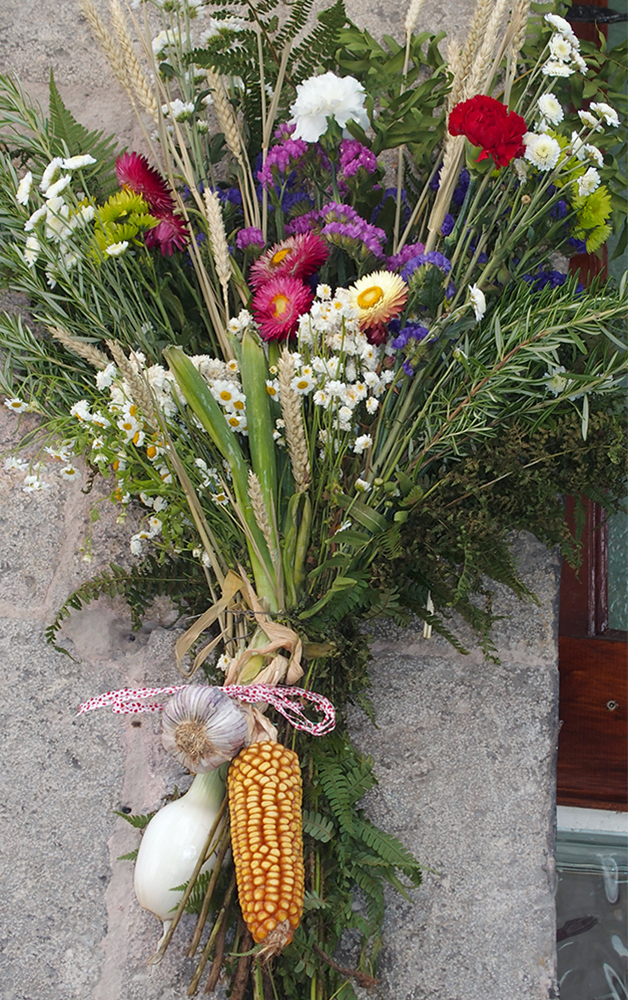 It may be that the past belief that such customs had protective, preventive or fertility powers has led to inertia in the tradition, and resulted in a more obvious meaning that is closely akin to the decorative role.  As can be seen in “age-old customs” such as giving flowers for a name day or a special event, or as a cornerstone of remembrance with the wreaths or flowers placed on graves at funeral, anniversaries or on All Saint’s Day. Flowers and the ashes of the departed that are likewise placed in privately sacralised places on mounts, roads or public monuments, leading to new forms straddled between personal ritual and general knowledge.  And, let us be frank, it is also used mainly for decoration, such as holly and mistletoe now used at Christmas.

Bay and palm leaves on Palm Sundays; ash and hawthorn crosses in doorways and vegetable gardens. A mixture of religions and homestead yields that, often due to bad weather, were poor; they therefore looked for a scapegoat, usually in the form of dummies that, judged and sentenced, were thrown on the bonfire, usually at Carnival. 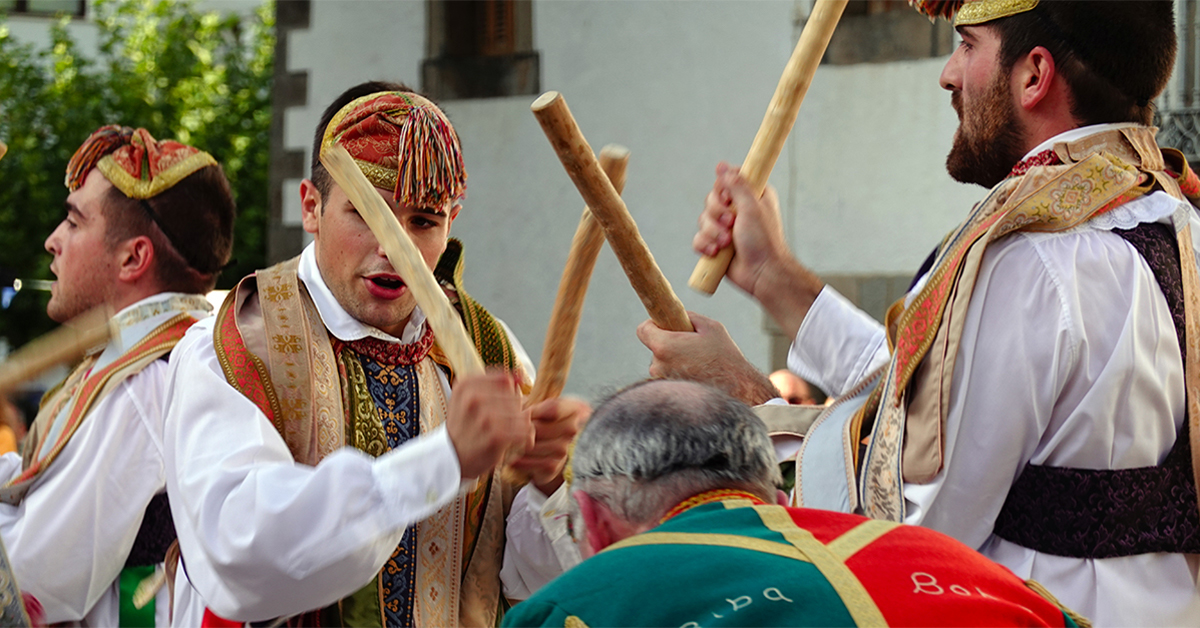 Bonfires that are still lit today in public and private places to mark the summer and winter solstices and on other key dates. Bushes and branches of trees were also burnt to strengthen the symbiosis with the Sun King for warmth to be provided. Trees ‘planted’ in the middle of the square or in a field continue to be at the heart of local festivities, from the Donianetxa (Donibane aretxa) to the “May Day”, when they are crowned with herbs and plants, and sometimes a banner with demands.

In the midst of this patchwork of a plethora of data, we should not overlook the repeated use of natural elements on garments or as tools in traditional dances and wassailing:  the widespread use of garlands of flowers worn as headdresses by young women as “mayas” (May Queens) and by dantzaris or dancers; the sprig of immortelle worn on the waistcoats of the performers of the Ezpata Dantza in Durangaldea; the holly and boxwood sticks of different musical groups to beat in rhythm to their trochees;  or the “zarramasco”, a holly branch decorated with coloured paper strips, used for the “Marzas” or songs to welcome in the spring, to name a few.