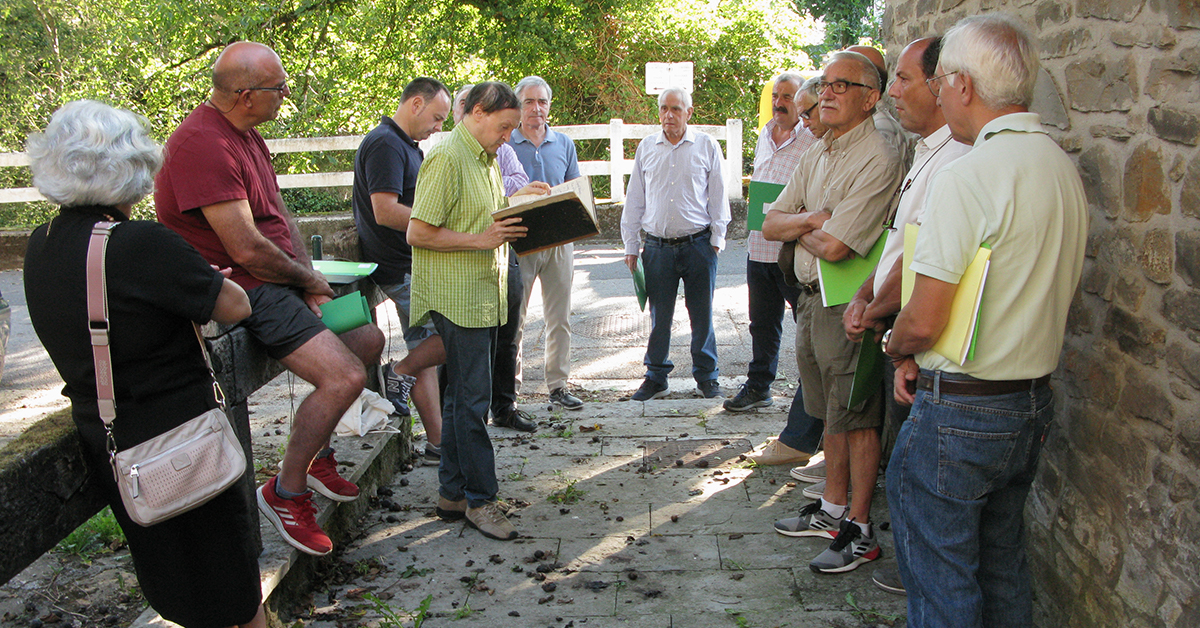 Annual meeting of the Otzerinmendi fraternity, 11-09-2022. Courtesy of the author.

The parish has historically been of fundamental importance in the administrative and political organization of the Lordship of Bizkaia; there is, moreover, another institution, of a more reduced scope, which in certain rural areas, for instance in Durango, Arratia Valley and environs, has likewise played a basic role: namely, the confraternity, or kofradia.

These confraternities are not devoted to a religious or professional purpose, but they are rather associations of households or families, organized administratively at the neighbourhood level, with a view to provide an adequate response to communal needs. They operate independently of the municipal administration, although some decisions ought to necessarily be made at that higher level. Confraternities are, however, institutions which probably predate the parish.

Confraternities would usually hold annual assemblies —batzarrak— to elect a new administrator —maiordomoa—, in charge of all matters concerning the local hermitage, and a mayor for the neighbourhood —basazaina—, responsible for established communal tasks, such as tree planting —landare imintzea—, distribution of firewood and fern lots, road repairs —bidegintzea—, and so on. Therefore, confraternities appear as federations of primary households —householders of a paying hearth—, with their own system of elections of posts, and capacity to issue decrees and organize community life.

Since the late 19th century and throughout the 20th century, confraternities proceeded to privatize property of communal ownership since time immemorial. Parallel to this privatization process, the institution plunged into crisis. 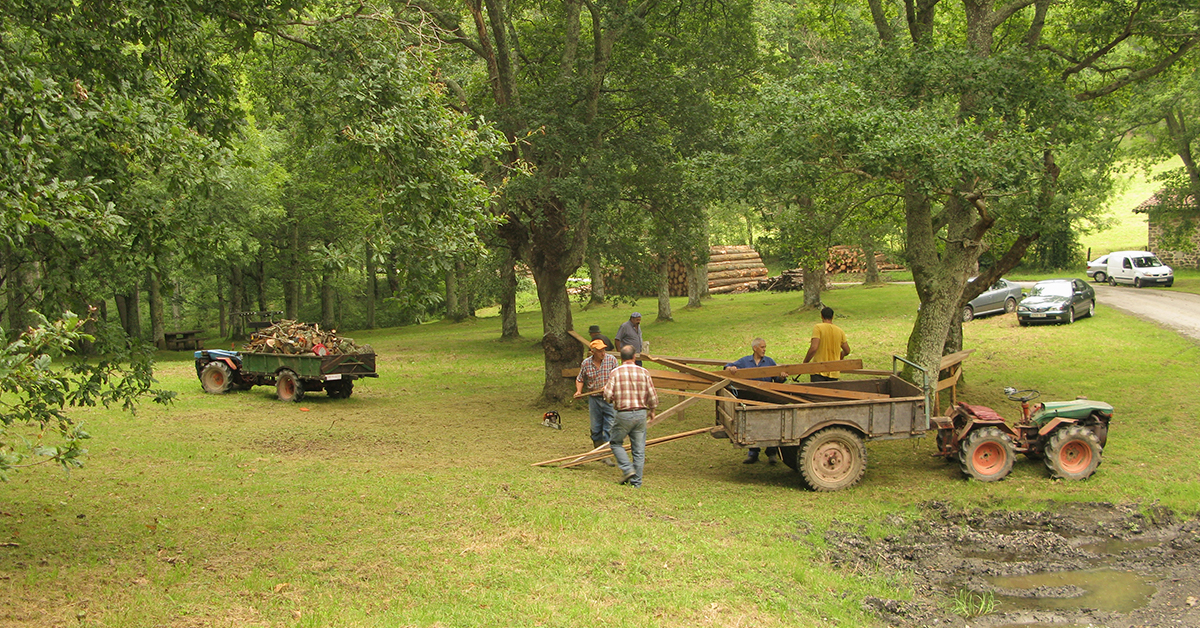 Members of the Otzerinmendi neighbourhood association caring for the St Justus oak grove. Courtesy of the author.

The figure of the confraternity was not contemplated in the legislation, though, until the approval by the Basque Parliament of Law 15/2015 of 25 June, which allows nowadays confraternities to become civil societies, and some of them are now trying to regularize their legal-administrative situation, precisely by becoming civil societies. Thus, in 2015 the brotherhood of Asterria in Zeanuri managed to deed its assets, based on the previous legislation; more recently, in 2018 Altzusta and in 2019 Otzerinmendi have done the same, on the basis of the current law.

Although with lesser observance than yesteryear, the spirit of this traditional institution still survives in two municipalities of the Valley of Arratia: Zeanuri and Dima, the former made up of seven confraternities, and the latter of eight. Some of them, such as Otzerinmendi, continue to hold their annual meetings, for changeover of duties as administrator and president or mayor, accounts and agreements being recorded in the minutes book. As a matter of fact, on the Sunday following the feast of the Nativity of Mary, last 11 September, the Otzerinmendi fraternity held its annual meeting at the location known as Arragoalde.

Restoring washhouses in Araba, raising the status of work and social spaces