On wool and books 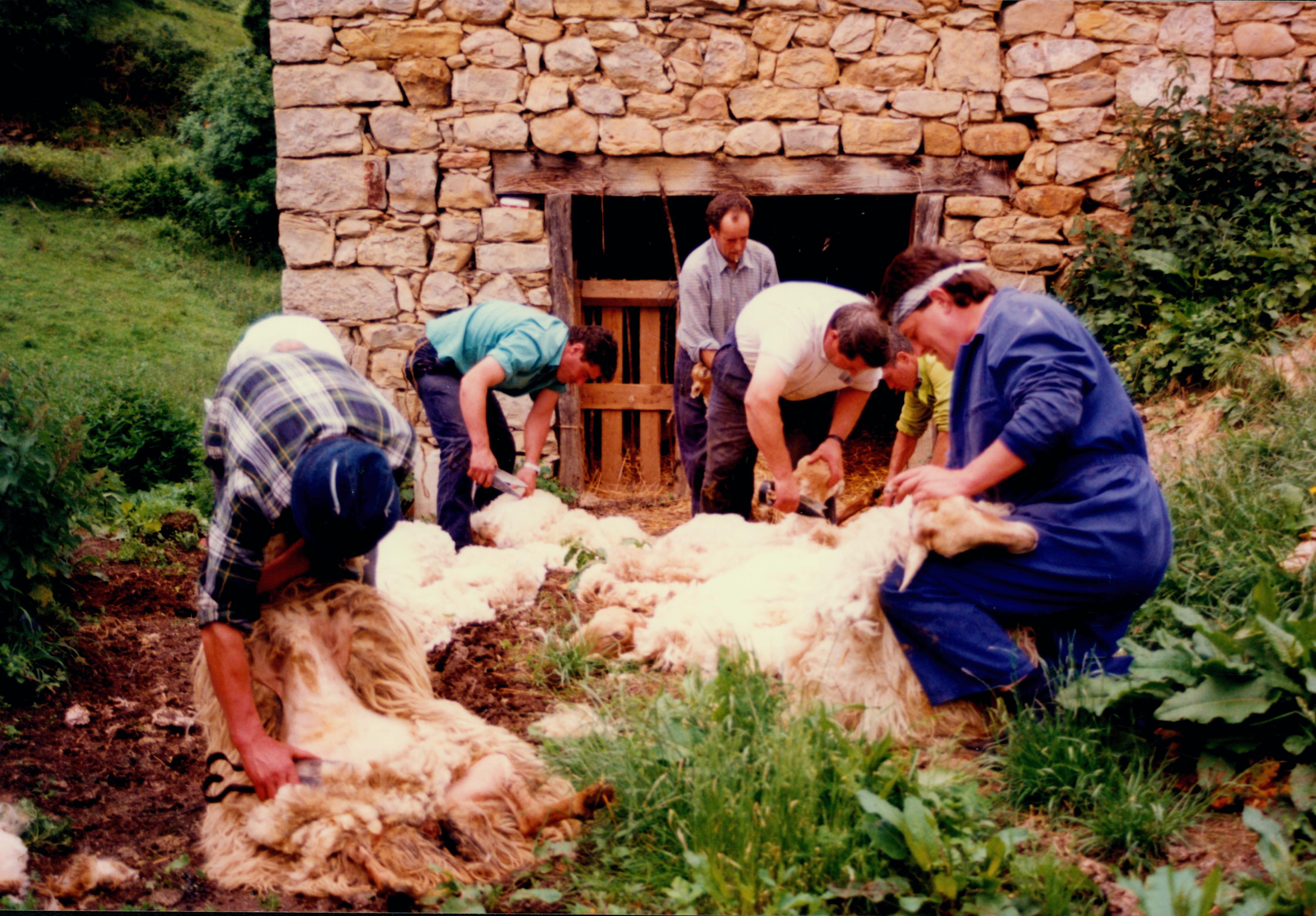 Once upon a time, not so long ago, a sheep’s wool was a most valuable commodity. Shepherds in the Basque Country used to shear their flocks around St John’s festivities and benefit financially from their coats, adding to profits from the sale of lambs, cheese, and older sheep, later in October, that made up for lack of meat before pig slaughter. Wool was woven to make clothing items, typically socks, also laces for rustic shoes known as abarcas, and manes to protect straps and yokes for oxen, and of course, served as filling for mattresses and pillows in every house. Woollens used to be well appreciated for their warmth and moisture absorbing qualities.

Other textile fibres have arrived over the decades, such as synthetic plastic polymers so often used to manufacture standardized clothes we all wear. We no longer sleep on wool mattresses but on ‘integrated sleep systems’ made primarily of plastic derivatives. Old-time wool mattresses have been taken away by ‘agents’ of the ‘economy of poverty’ to the cry of colchonero lanero. Sheep fleeces are now worthless, not-so-easily-to-decompose waste, and some administrations have even implemented a disposal service, as if it were garbage.

A friend just offered me a collection of books, and a free association of ideas that would delight any psychoanalyst moved me to write this post. Some Romanian lads, also members of the above-referred economy, know about his passion for books, so every so often they lure him with boxes full of books at a reduced price. Pretty much the same as dealers who collect the wool that shepherds can no longer sell, they strive to make a living out of books nobody wants.

Made from natural fibres similar to wool fibres, books have become objects of no value. Any and all information can now easily be found in your smartphone, and if you like reading, you can read an e-book. Furthermore, electronic devices are manufactured mainly with plastic materials but also valuable metals, the extraction of which brings dire consequences for many poverty-stricken Africans, some of whom, trying to flee from hunger and death, end up drown in the kingdom of Poseidon surrounded by plastic as their only companion.

All of a sudden, and coinciding with a gradual abandonment of natural materials, plastic pollution has become a trending topic, videos about it going viral on social networks as mobile users stay connected to a web of digital threads. Only until a new trend is established, though. No one wants raw wool today and many have given up on paper books. Long life to plastic and trending topics!

Day of the geese

Pilgrimages to hermitages and sanctuaries in the event of infertility