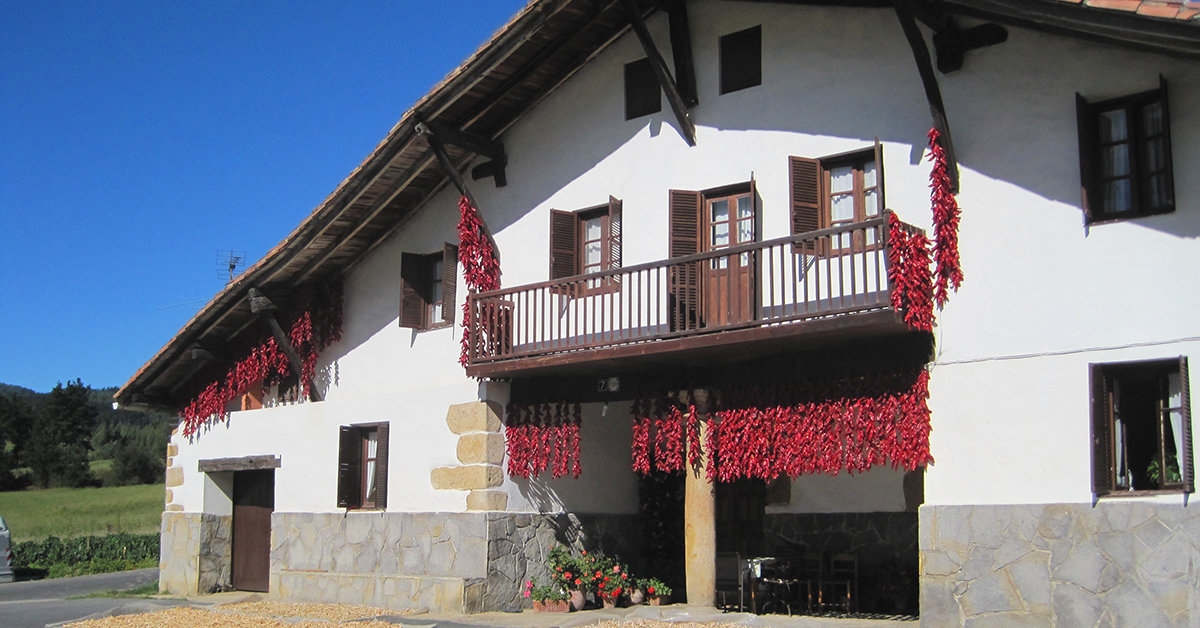 Summer is not over yet! And our vegetable gardens keep offering us their best fruits: runner beans, courgettes, chard, tomatoes, peppers, lettuce…

Although vegetables and fruits are generally consumed soon after harvest, both fresh or cooked, different methods might be employed to safely preserve them at home so that they can be enjoyed throughout the year, the most common food preservation techniques being: drying, preservation with sugar or vinegar, bottling, and more recently, freezing. 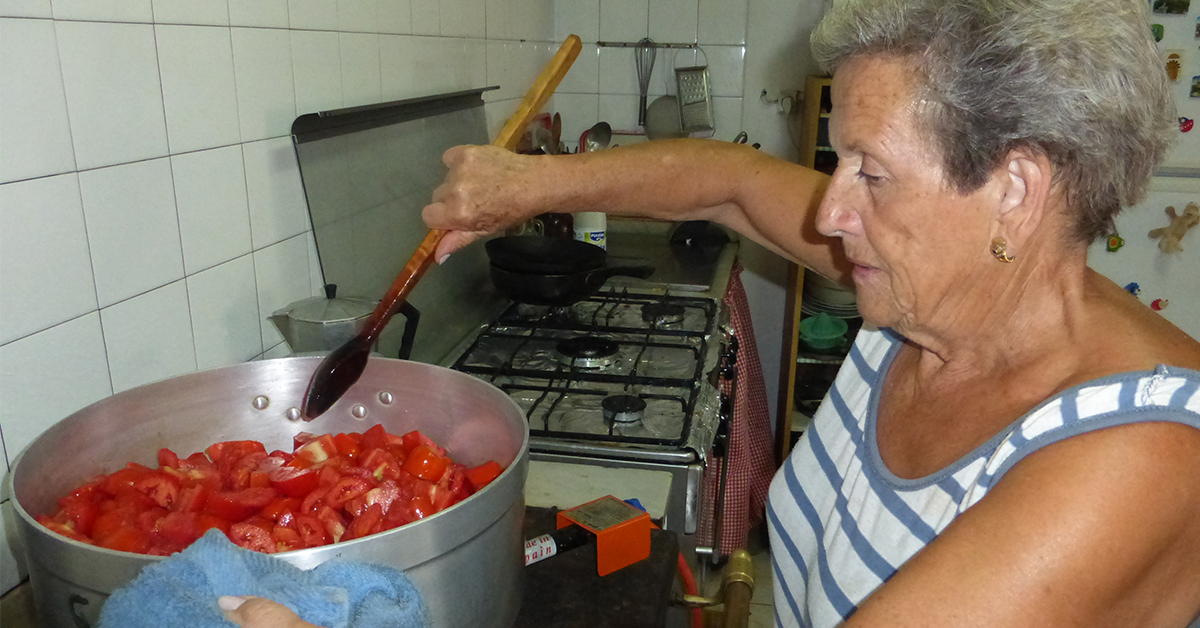 Tomato preservation would be and still is largely widespread. This is how our forebears made homemade natural tomato preserve: juicy, ripe tomatoes were chopped into pieces and cooked in large pans; next, a food mill would be used to puree them and remove seeds and skins; glass bottles were filled with the milled tomatoes, and a little dash of olive oil poured on top, which remained floating in the neck, preventing the passage of air; bottles were then tightly stoppered with corks previously boiled in water, and to make sure that corks would not pop out, they were fastened with twine or wire; and the precious bottles were finally placed in a bain-marie and allowed to simmer gently. Preparation is basically similar nowadays, except that tomatoes are often garnished with slightly fried onion and glass jars used instead of bottles. 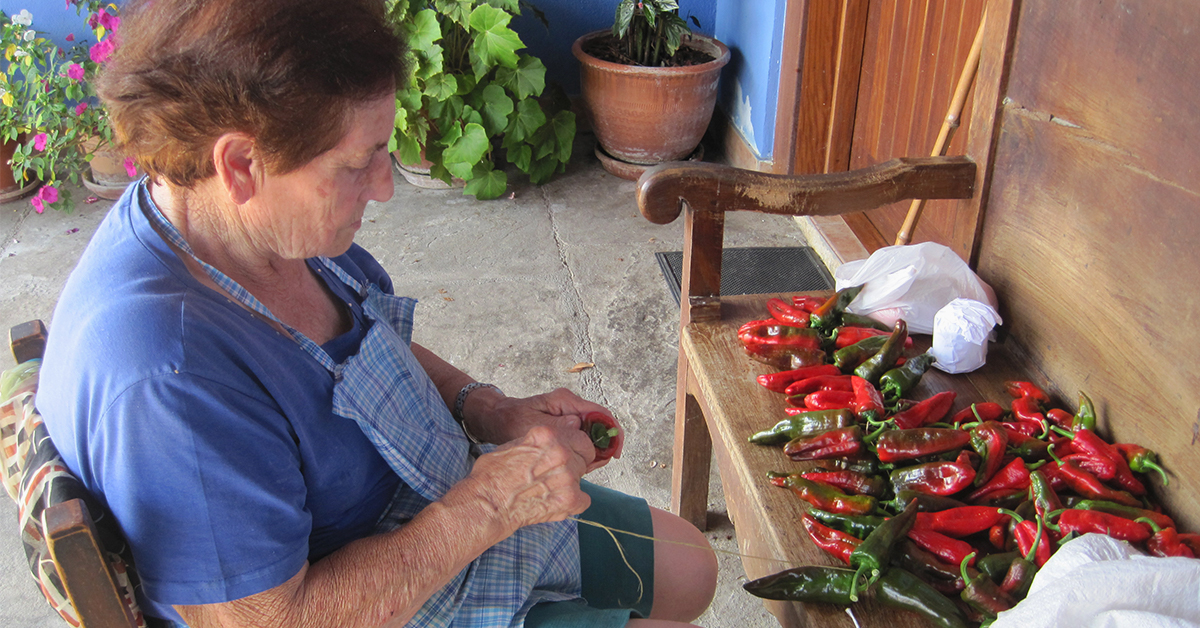 As for peppers, starting in August or September, the so-called choricero or Gernika peppers —a local variety of red pepper traditionally used for colouring chorizo sausages— are left to ripen on the plant itself and picked when they turn red. They are then threaded, one by one, introducing a large crafting needle with twine through the stems, strung up and hung in windows, balconies and porches to be naturally air and sun dried. These peppers came in handy during the long winter to make chorizos after pig slaughter; and rich, red sauces throughout the year.

Piquillo —sweet chilli peppers, literally known as ‘little beaks’— and bell peppers are, however, customarily roasted to be bottled later. Taking advantage of the heat of the oven after baking the weekly batch of bread, peppers were roasted, peeled and sliced into strips. Then, like tomatoes, they would be bottled, topped up with oil, corked and simmered in a bain-marie. Nowadays, roasted peppers are more often than not frozen in plastic bags.