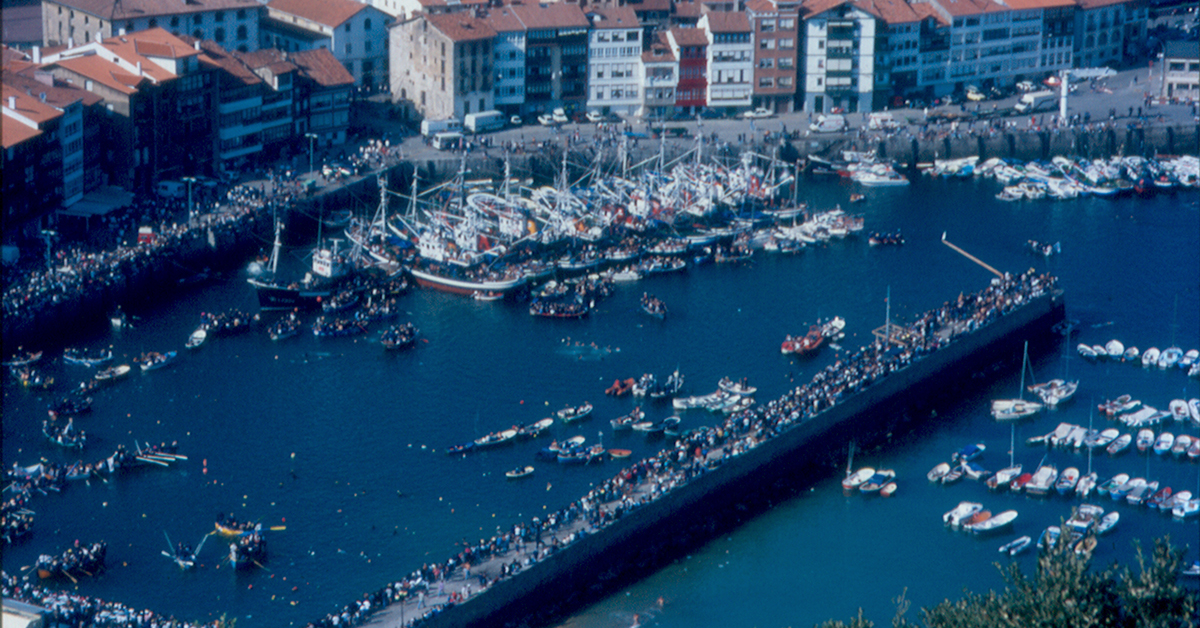 As a general rule,  uncertainty of catches or whether the weather conditions would allow the boats to set to sea was constant  in the many seafaring ports scattered along the coast of the Bay of Biscay; they were noted for their higgledy-piggledy humble dwellings in different colours (made out of materials used to build and maintain the vessels, accessed up steep staircases, with uneven floors and roofs or fitted pallets); battered ports  and vessels, bearing the brunt of the usual accidents or losses of fishermen; along with poor catches or the meagre earnings that condemned their inhabitants to a life of misery. Things are very different now and they are now attractive and pleasant places that are popular tourist and foodie destinations. 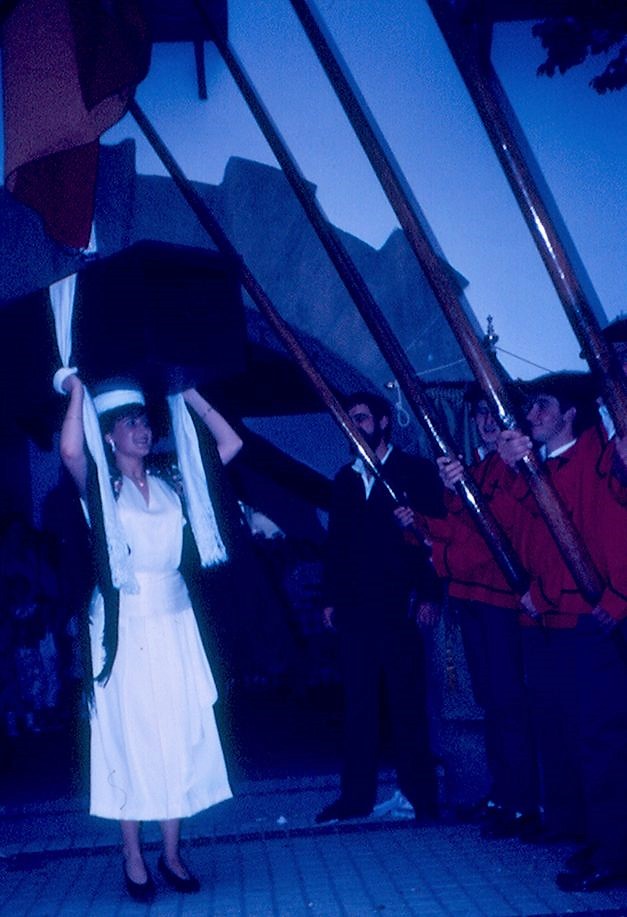 Numerous traditions associated to the maritime world (shipyards, coastal and offshore fishing, trade, coastal shipping, manufacturing, etc.) and the many different people employed there (watchmen or scouts, ship’s carpenters, skippers, quartermasters, fishermen, and the jobs carried out by women: netmakers, runners, sellers, loaders, cargueras ―women who transported the goods to the town― and sirgueras ―women who towed the boats along the bank―, boatwomen, etc.) grew out of that difficult and adverse way of life. Where watchmen or scouts played an important role thanks to their expertise and experience of the state of the sea which led to the difficult decision of whether or not to go out to fish, along with the women whose job was to rouse (dei eittekuak) the different fishing crews. And when the fishermen returned with their catches, the women would immediately go along the street crying their wares to sell the fish or would repair the damaged nets.

The age-old fishing guilds and the mutual aid provided are recorded in a series of documents, ceremonies and rituals that show their social importance. Proof of this is how the changeover of powers of the guilds is marked with the handing over of the coffer in Lekeitio (by St. Peter with the Kilin kala and the Kaixarranka dance) and Hondarribia (by St. James during the graceful Kutxa entrega). Given the long time the fishermen were at sea (to catch bream, mackerel, anchovy, tuna, cod, whale, etc.) the women would sing Abendua at Christmas, raise funds on St. Agueda Day (particularly widows and orphans) or lead Zortziko or Aurresku dances (Bermeo, Lekeitio, Elantxobe, Bilbao, etc.). The local festivities in Ondarroa and Deba end with wineskin dances. Seafarers began to take part in competitions, in the form of trawler racing, greasy pole climbing, the Game of the goose (antzar jokua) or other amusements. 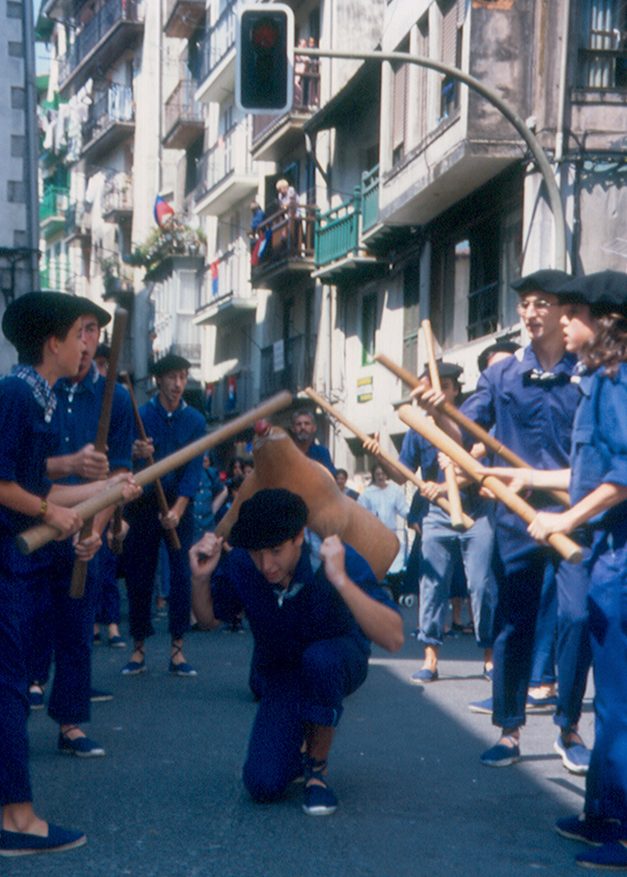 On the Patron Saint’s Day of El Carmen, the traditional maritime parade is organised and offerings made to people who have disappeared at sea. On rough days, school children and their teacher in Lekeitio would go to the Chapel of “San Juan Talako” with a litany banner and bless the salt water and make offerings (Christmas bread and oil). Ex-votos (reproductions of boats, paintings, objects, etc.) of the people who had escaped the perils of the sea would be hung in coastal churches. They never spoke or named the evil one onboard and invoked heaven’s help. Bay leaves tied to the mast to the vessels from Holy Week and along some points on the coast (San Juan de Gaztelugatxe and Izaro or Garraitz) and river mouths (La Salve, El Abra, …) have a farewell or ritual value for the seafaring population.

In conclusion, sea and coast both limit and contain people’s mobility. Yet in turn, they are a gateway to the world, communication in different languages and to share a whole wealth of knowledge (music, musical instruments, political ideas, philosophical notions, languages, etc.).

The colours in Basque (I): RED

The Bombing of Gernika, a War Experiment (I)