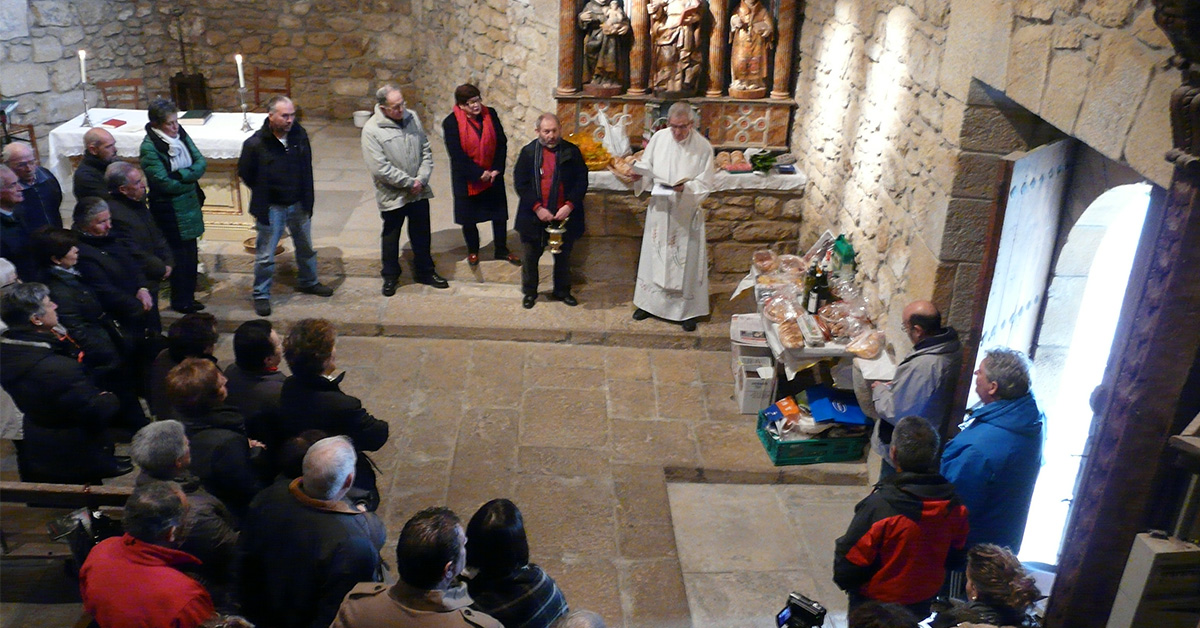 St. Anthony the Abbot or St. Anthony the Great (17 January) is known for living as a hermit, for his strength shown in the face of repeated temptation by the devil, and for protecting the swine with which he is traditionally depicted in the iconography. Cattle and livestock in general were usually given a day of rest on the saint’s feast day. In turn, they were blessed by driving them over the smoking remains of the yule log, passing under a protective charm placed on the lintel of the animal pens and feeding them blessed bread and water. If that were not possible, the animals were driven around a chapel or church dedicated to their patron saint.

The customary social arrangements of traditional societies included mutual aid or group solidarity in the neighbourhood or town. That mandatory community work is known as auzolanak (pavement) and involved repairing roadways (bidegintza edo herribidea), bridges (zubigintza), chapels, schools, making lime, etc. There was also the voluntary mutual work where neighbours came together to help each other and to save on resources (artozuriketak, txarribodak, goruetan, linuaren lanak, etc.) or for those tasks that involved a great deal of effort and energy (ploughing, mowing, threshing, rebuilding dwellings, etc.), or in cases of misfortune or hardship (zimaur-lorra, bildots-lorra, etc.) and gifting goods to newly-weds or local people and groups at risk of social exclusion.

Neighbourhood and artisan solidarity organisations were also set up in the form of fraternities, brotherhoods and guilds. The fraternities usually kept to an administrative social and territorial unit (councils, neighbourhoods, hamlets, unions and parishes), associated to religious subsidiary constructs or grouped around fervent belief. And in the case in question, simple forms of assistance or voluntary mutual aid insurance (brotherhoods of livestock framers, fire, death, movable and immovable property) were set up. The patron saint of the brotherhoods of livestock framers (ermandadiek) was St. Anthony of Egypt, as he was also known. They attended mass on his feast day and paraded on horseback with their fraternity flag. The brotherhoods were organised by areas of coexistence (town or neighbourhood) and their members raised or owned livestock. They elected a tally keeper (steward or prior) who kept the books and was helped by two or three officers (kabuek). Every so often (every two or every six months according to accounts or places), they visited the smallholdings and took tally of the livestock (based on their number, state or quality) or the animals were gathered together in the square, and the farmers had to contribute a sum according to the stock’s appraised value. In case of the animal being ill or suffering an accident, the cost was met pro rata, and if the animal was healthy, the sum was divided among the members. 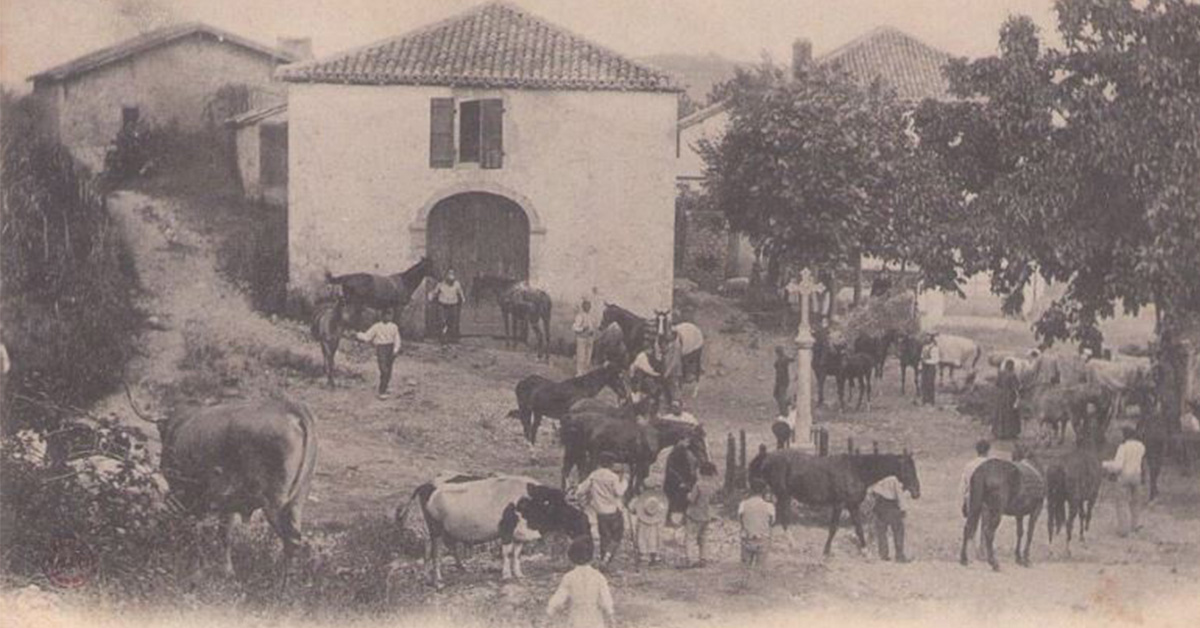 There are also customs in some towns whose origins date back to times of hardship. For example, food is taken to the church service on the feast day and is then sold off (errematak) in a public auction. In many places fattened pig (txerria or “cucho”) is raffled off and the proceeds go to charity. Blessings of bread, water or items (cowbells, chimes, candles, rigs, etc.) consumed or used by the animals or also the people are organised at some shrines.

Community neighbourhood work would usually lead to spontaneous feasts and dancing (txakolin dantza, irri dantzak or dancing games, different dances, etc.). And in turn, the farming-livestock groups of the fraternities or brotherhoods organised celebrations, pilgrimages, livestock fairs, processions with the entertainment provided by groups of own or hired dancers, who performed sets of ritual dances.

The house in the broadest sense