The Bombing of Gernika, a War Experiment (I) 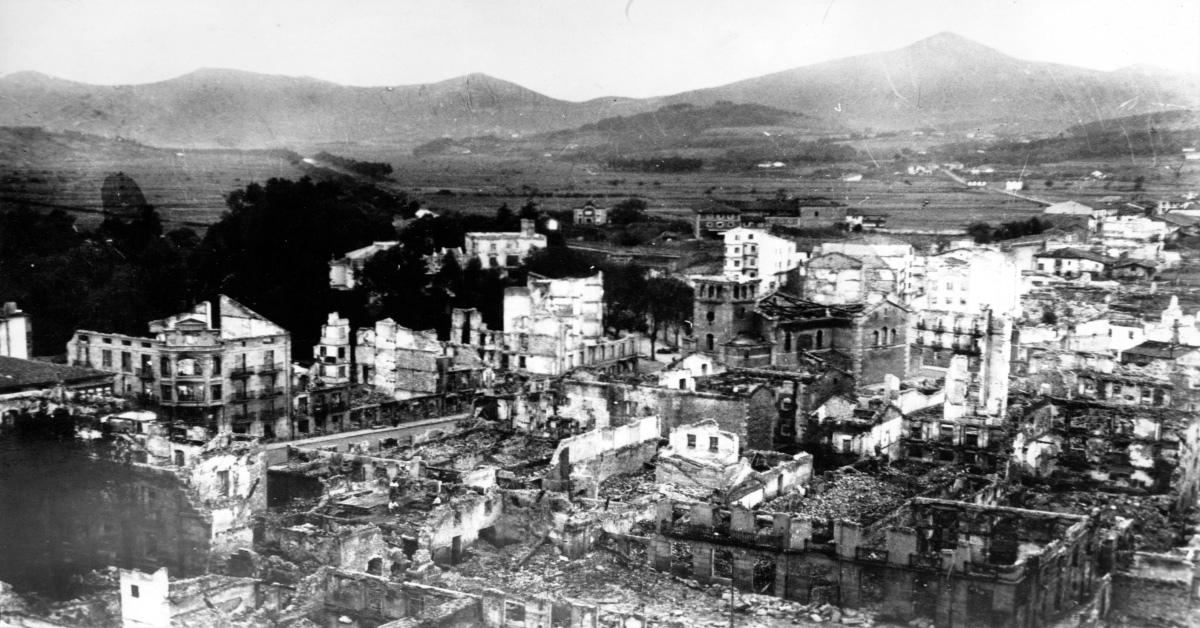 Juan Antonio Ansaldo, the commander of the rebel forces visited Gernika after the bombing to see its impact. Year later, he would write in his diary that when Goering was questioned about the “holy city of the Basques” during the Nuremberg trials, he replied that it was a type of “testing ground” for the Luftwaffe and that there was nowhere else to conduct those experiments.

The Condor Legion was organised by Goering to show that a large-scale bombing technique would win the coming war, World War II. Wolfram von Richthofen was the Legion’s Chief of Staff and was tasked with carrying out the “perfect bombing” on the Basque front. Durango on 31 March, Eibar on 25 April and Gernika on 26 April were part of a military experiment consisting of bombing an urban centre in successive barrages using explosive and incendiary bombs.  A formation that would later be used in World War II in cities including Rotterdam and Warsaw, and also by the Allies in Dresden.

The Gernika bombing was a combination of carpet bombing, koppelwurf or corral bombing and shuttle bombing. It was a magnificent testing ground for the recently created Luftwaffe. However, some authors still argue that the air-raid target was to destroy Renteria Bridge to prevent the Basque troops withdrawing to Bilbao. The intensity and the force of the attack, along with the machine gunning of civilians during the three and a half hours that the air raid lasted meant that it was a terror bombing, whose aim was to cause the greatest possible destruction. The destruction of the “holy city of the Basques” would demoralise the troops, deter the civilian population and would hasten the surrender of the Basque Government, leading to the fall of Bilbao.

The attack took place on Monday 26 April 1937, market day. Even though they were aware of the risk, an open city like Gernika was not expected to be the target of such a large attack. Its population was 5,630 inhabitants, along with around 2,000 refugees from Gipuzkoa. Then there were all those people who flocked to Gernika on market Mondays from the surrounding areas, including Bilbao from where the Basque Government laid on trains to supply the population. Around 12,000 people are estimated to have been in Gernika on the day of the bombing.

The bombing began at 4.20 p.m. The bells of the Church of Andra Mari tolled and the sirens of some factories rang out to warn the population of the incoming enemy planes. The majority of the craft taking part in the air raid belonged to the German Condor Legion, even though there were bombers and fighter planes from the Italian Aviazione Legionaria. The fighter planes took off from the Vitoria-Gasteiz airfield and the bombers from Burgos and Soria. A total of 59 planes – 27 bombers and 32 fighter planes – took part, with some flying more than one sortie. 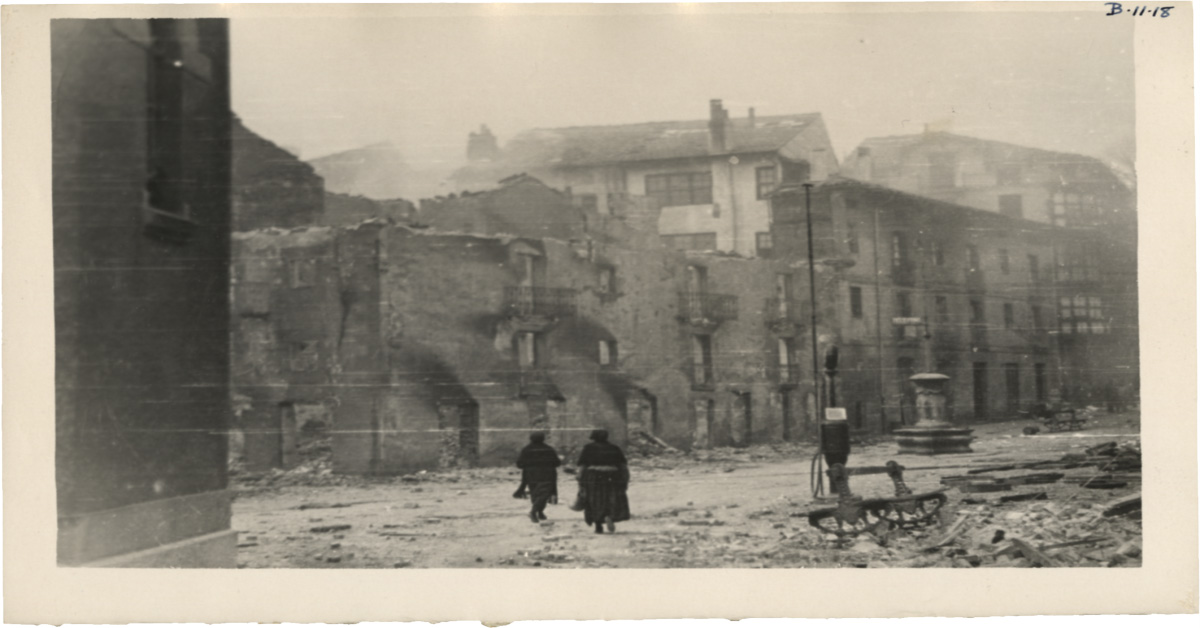 After the warning was sounded, the citizens sought protection in the different shelters that had been built, where they stayed for nearly four hours until the air raid was over. It was a continuous assault with barely any breaks between the different barrages that can be broken down into four phases:

The Bombing of Gernika, a War Experiment (II)