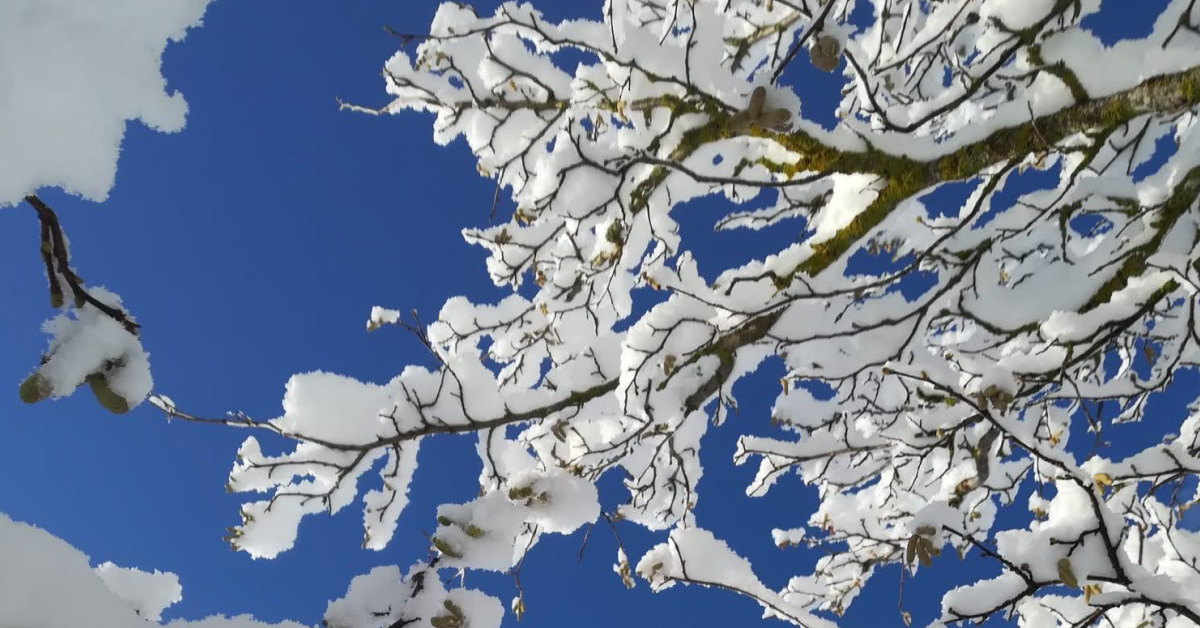 Now we are going to deal with the white colour (zuri), to close the trilogy that we started with red (gorri), and continued with black (beltz). Not surprisingly, these three colours are, following the Scottish anthropologist Victor Turner, those that synthesize the symbolism of primitive human being, manifesting in dual opposition. As he tells us in his book The Forest of Symbols, from the contrast of the colours white and red, or black and white, all the rites of primitive societies can be explained, and of course, the Basque would not be an exception.

From the point of view of the language, the etymology of zuri (white) is not transparent, but it seems that most philologists agree, since Azkue, in relating it to wood (zura), and more specifically to the internal part of the tree trunk, which is usually whitish in colour.

Returning to the universal, in one of the books in the collection called Upanishad, which began to be written in Sanskrit in the 7th century, and collects the theoretical basis of Hinduism, the physiological explanation of these three colours already appears. The food we eat becomes waste or excrement; hence the black colour. Another part of that food turns into blood; there we would have the colour red. And the third part, the purest and cleanest, would become spirit, represented by the colour white. They also tell us, using a beautiful metaphor, that three rivers flow in all things that surround us: the river of whiteness, that of redness, and that of blackness. To the river of whiteness would belong the moon, semen, milk, cleanliness, health, life, fertility, etc. That of redness, blood, clay, life, flesh, strength, war, the lion, etc. And to the one of the blackness, the coal, the night, the urine, the diseases, the witchcraft and the death.

Focusing again on the color white, apart from its purely chromatic meaning, in Basque it has another very widespread meaning which is false, hypocritical, flattering. Thus, person zuri would be a false person, who you cannot trust. However, the colour white also manifests itself in Basque as a symbol of purity, in countless comparisons with the snow, the farmhouse, the sheets, the eyes, the hawthorn’s flower… and it is even believed in rural settings that horses, oxen or cows that have white foreheads and/or feet have special abilities.

And this allows us to distinguish in Basque two words derived with the same base zuri (white), but different suffixes (-tasun and –keria), one with a positive meaning, zuritasuna (whiteness, purity), and the other with a negative meaning zurikeria (falsehood).

What does not seem like a coincidence is that these same three colours, white (zuria), red (gorria) and black (beltza), serve us in Basque to differentiate cattle. Sheep would be white (azienda zuri or abelzuri); cattle, red (abelgorria), and pigs, black (azienda beltza or ganadu beltza).

And this same distribution of the three colours that we have seen is the one that appears most profusely in the vocabulary regarding nature, as we can see in the examples that Patziku Perurena offers us in his book Koloreak euskal usarioan (Colours in the tradition of the Basque language):

* In certain words gorri can mean bare, devoid of vegetation. The suffixes –za, –eta and –aga indicate abundance. As a reference for the colour black, sometimes only the stem (bel/pel, bal) appears in the compound word.

Dawn songs in Álava in the early 21st century