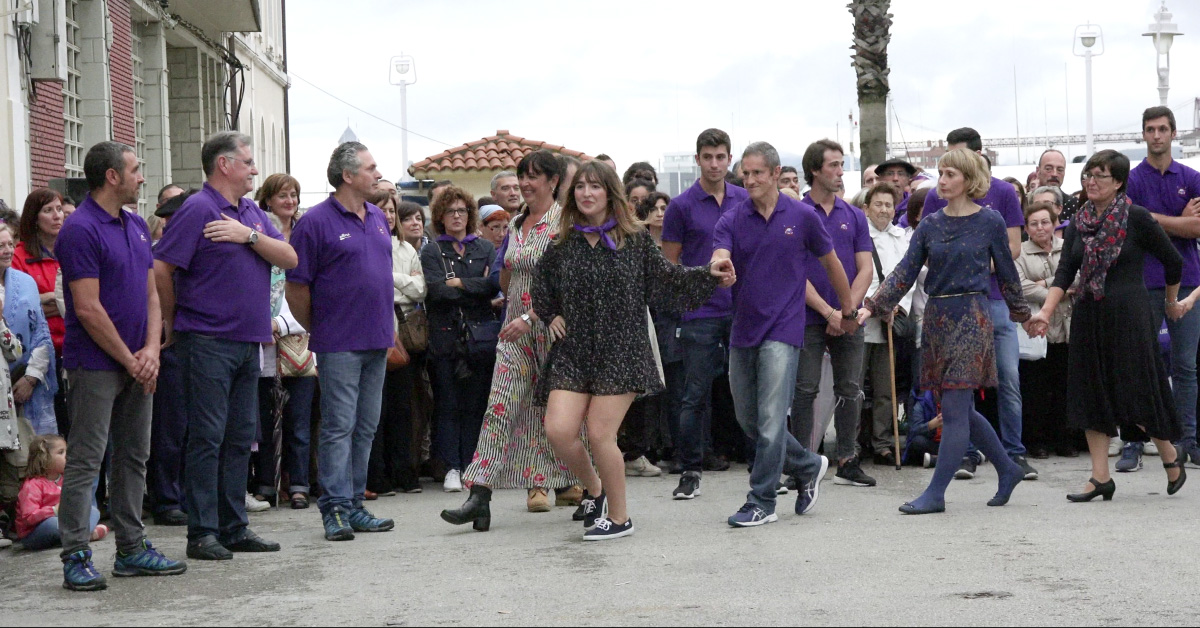 2021 marks the centenar of the first footage, as far as we know, of an Aurresku ceremonial dance led by women.

It was back in 1921 (in the former Santurtzi), four years after the first official trawler regattas were held on the Abra (Ibaizabal-Nervión estuary), when the council of the seafaring town decided a crew needed to be formed that would, once and for all, win that longed-for prize.

The organisation decided that the racing would be on 4, 5, 10 and 11 September. The last day was a thrilling and dramatic finale, as captured in the press. The Santurtzi trawler was proclaimed the winner and the warm welcome at the port was followed by a series of events on the 16th, 17th and 18th. These included a parade of the rowers, concerts, dances and meals. 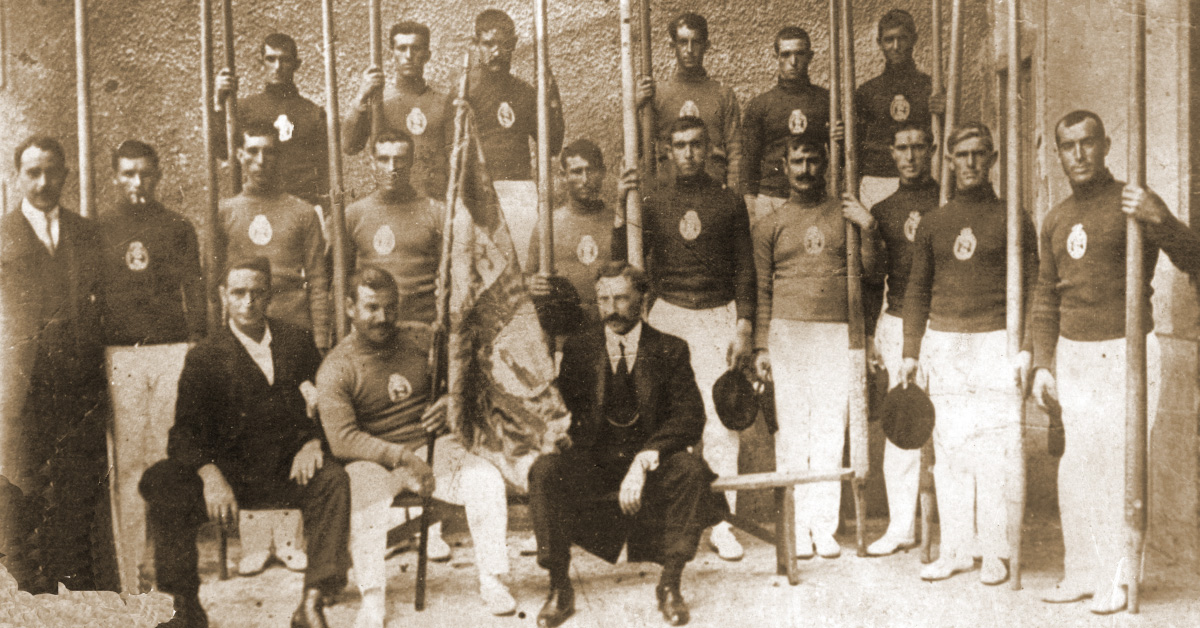 The triumphant rowers and the Local Organising Committee. Photo: blog.garciadeiturrospe

Some of those events were captured in the film entitled Gran fiesta en Santurce, con motivo del triunfo de los ágiles remeros [Huge Celebrations in Santurce to Mark the Victory of the Nimble Rowers]. The film provides several shots of the neighbouring charter town of Portugalete and the transporter bridge and focuses mainly on the events of the 18th: the procession, outdoor mass and the Aurresku.

Even though most Aurreskus were led by lads or men, women were also allowed to do so, as different written documents and oral testimonies testify. This was one of those occasions.

On the 18th, the oarsmen were entertained with this dance in the park. The melodies, performed by a txistulari or “flautist” and a “drummer”, were danced by several young women or “young ladies” numbering twenty-four. Most of them were from the town, as were the young men invited to join the line or “soka” (literally rope and term used to form a line holding hands or sometimes kerchiefs). 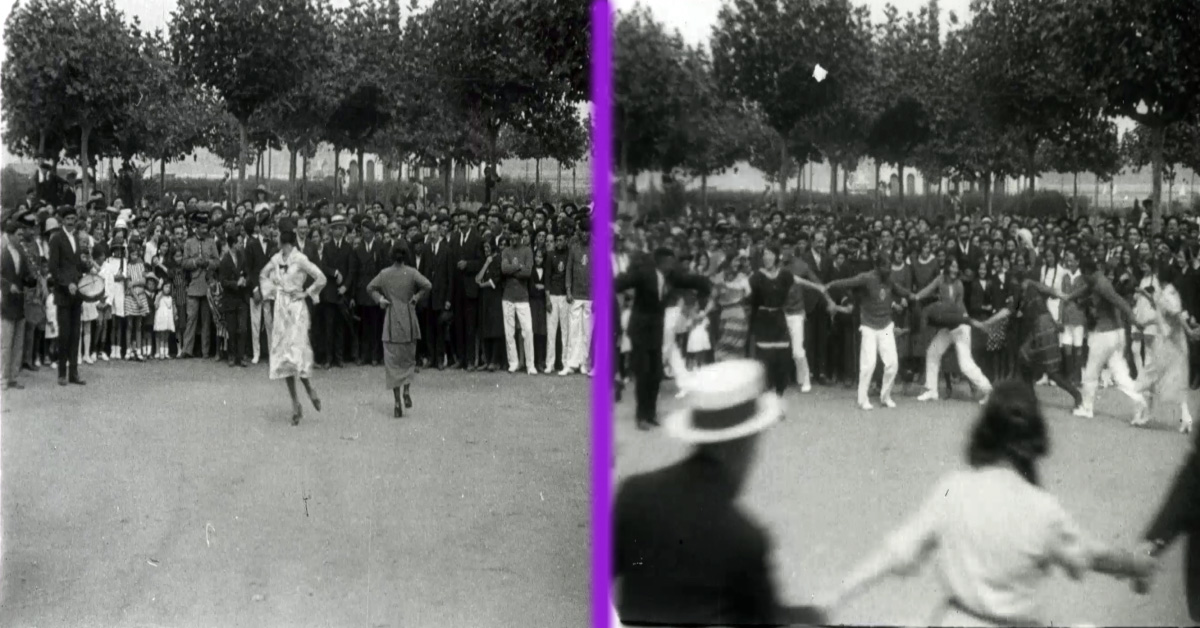 Frames from the film; moments of the dance. Film © I. Arrola

Ninety-six years after that event, in 2017, Mendi Alde, the local Basque dance group, organised and performed an Aurresku in the port to mark the Sardinera Eguna or Sardine-Seller Day. The dance was in tribute to the rowers (from the Itsasoko Ama Club) from different generations and coincided with the “Sotera” trawler’s return to the top tier.

As regards the dance, several aspects should be noted when watching the film: some of the sections and choreography, the people taking part, or the costumes. Furthermore, we get the idea that this type of Aurreskus were performed, and not by accident, in the town of Santurtzi and other surrounding ones.

Note 1. Our thanks must go to the people mentioned in the captions: Ildefonso Arrola, who preserved the film for many years, and Jon Koldo Fernández García de Iturrospe, the local historian who provide the photo. They died in 2019 and 2020 respectively.

Note 2. The footage can be seen at: https://www.dantzan.eus/bideoak/santurtzi-1921-emakumeen-aurreskua-soka-dantza.