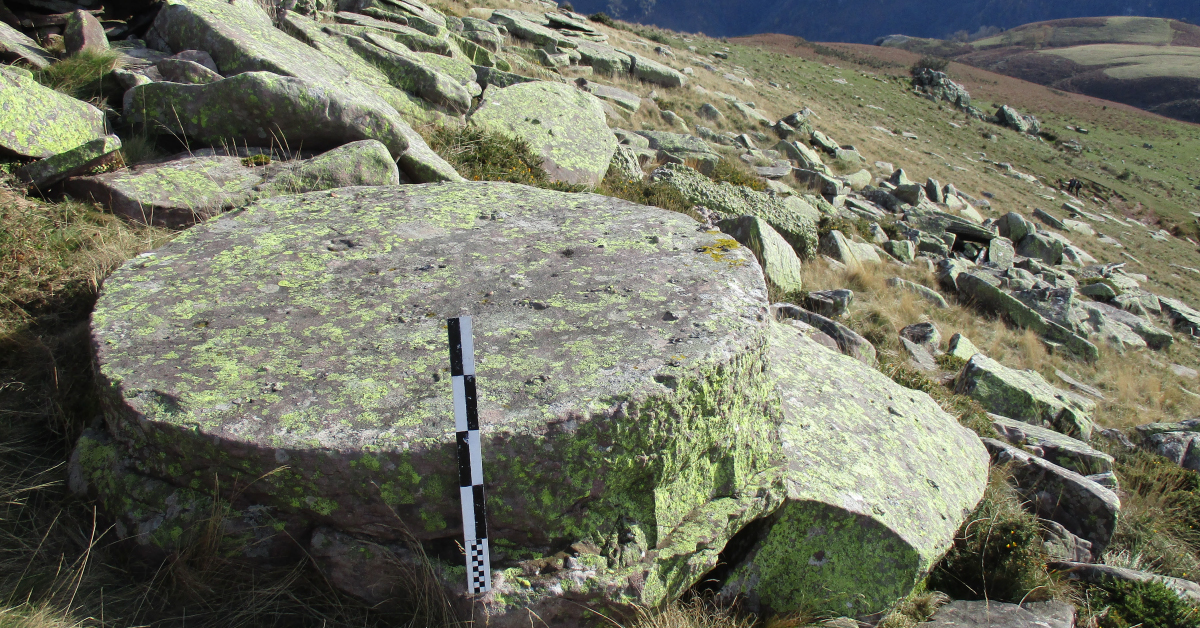 The title of this article is a metaphor to try and explain what I have been working on for over 10 years of researching millstone quarries, the grindstone quarries (Errotarri proiektua).

Naturally, it would never have occurred to me to physically mix together Einstein the scientist (1879-1955) and the other scholar from Ataun (1889-1991), but just their precious research and some of their shared reasoning. They provide the foundations for my research based on field work and documentary research that I have been carrying out for over a decade. So far, I have located the staggering number of 332 zones, where grindstone quarries can be found and with just over 1600 remains pinpointed.

It was in 2007, after reading a quote from Jose Miguel de Barandiaran in an article by Antxon Aguirre Sorondo, the ethnographer from Donostia, that I made my way to Saturraran (Mutriku), where I catalogued the first grindstone quarry with conglomerate rock from the Lower Cretaceous. Back in 1928, Barandiaran noted that millstones were quarried from that area on the border with Ondarroa. “Back in the past, a man from Erotaberri-bekua would hew mill wheels with stone quarried from the Saturraran aggregate layers” and following his pointers I soon found another nearby quarry in Errotarrieta. However, the indicators to reach that quarry were not as clearly explained by the scholar from Ataun, but rather I learnt the way from local sources who knew where it was. It would have remained just an anecdote and not many more grindstone quarries would have been catalogued, because the information on them was rather limited due to the lack of bibliographic data. This is where the wisdom of the physicist Albert Einstein kicked in, not with his theories on relativity and similar subjects, but rather the popular observations attributed to him, such as: 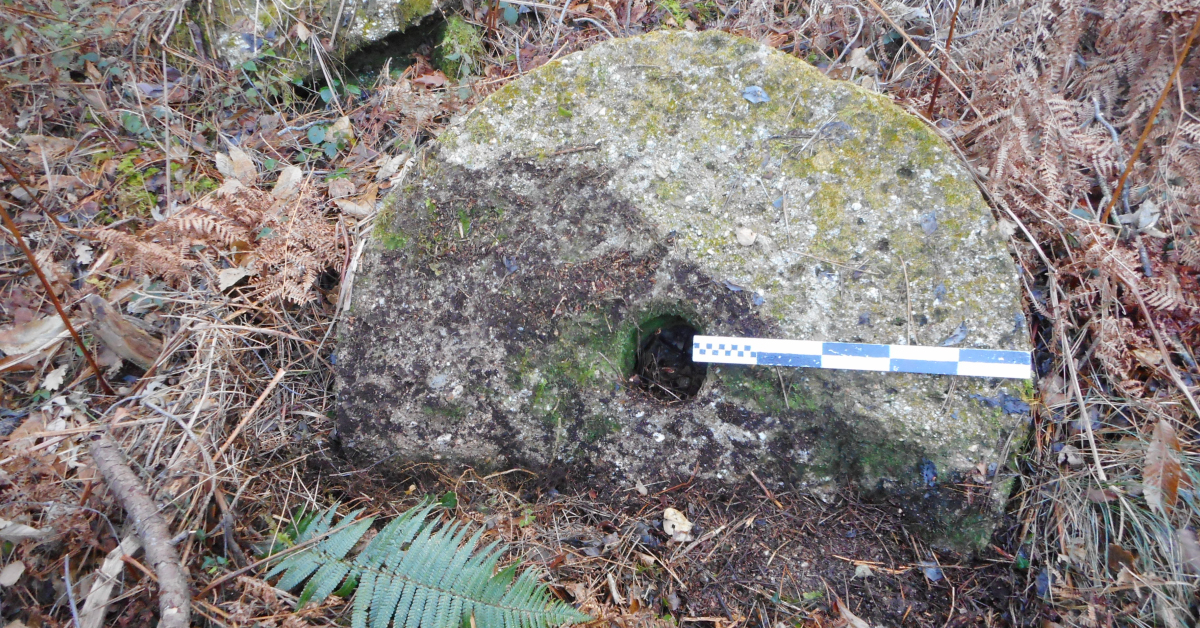 Thus, after the second quarry, I unravelled the thread and found the third, and so on slowly but steadily. In 2015, I catalogued 40 sites, then 57 in 2016 and a further 68 in 2017, because the haystack was full of needles and I pricked myself several times.

That was not the end and my method continues to be guided by the two scholars, along with mixing geology with new technologies and getting through many a pair of walking boots.  I also managed to get several colleagues involved and it was not difficult to convince them that we were doing what Barandiaran and Einstein would have done if they had known each other: continue looking for needles in the ganbara [haystack], while telling stories about the Basque goddess Mari and the speed that the ray of light crossed from Anboto to Gorbeia.