Centenary of the burial of the wineskin in Ariatza (Muxika, Bizkaia) 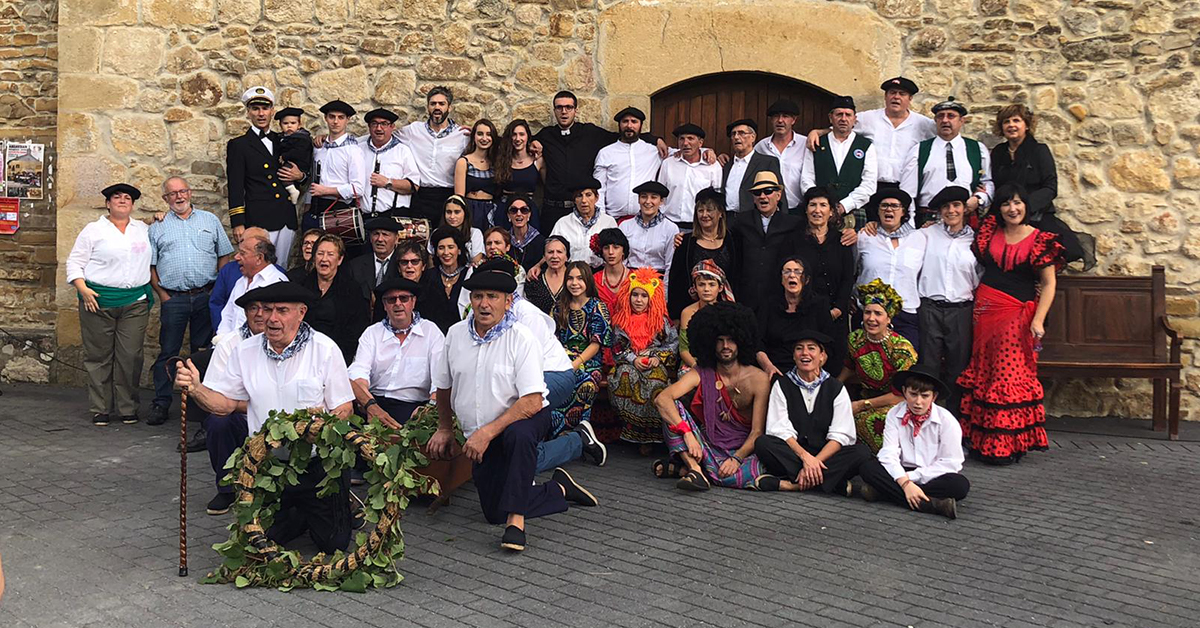 Burial of the wineskin, 2019. Photo credit: courtesy of the author.

On 14 September 1889, feast of the Cross, villagers in the neighbourhood of Ariatza (Muxika, Bizkaia) attended mass. After the ceremony, as requested by custom, local lads performed the aurresku —a traditional Basque ceremonial dance—. There used to be a certain rivalry among them: to be the better dancer, the one who lifted his leg higher… Back in the time, the presence of wineskins in places of worship would be considered nothing less than a heresy, and the small square, in front of the church, was as sacred as its interior. The aurreskularis —aurresku dancers— realized that folks who went for a drink of wine, while they danced, would not return to the square, and that the best dancers lost any chance of having a celebratory toast or two with their fellows. To resolve the issue, the mayor was asked to authorize the transfer of the wineskin close to the church, but he refused. Willing to do whatever it took, the young men surrounded his house, preventing him from leaving it, until he finally consented. And neighbours were subsequently able to dispose of the precious wine right next to the church, starting on the eve of the feast until the following Sunday.

The youth seemed a little low-spirited about 1922 celebrations, or so they say: there were allegedly less dancers than usual. Something needed to be done, so just for a lark, they came up with a parade which parodies a funeral procession, already been going on for a century: namely, the burial of the wineskin. By the end of festivities, wine would run out, hence the symbolic burial of the empty skin. They placed it in a coffin and proceeded to its laying to rest, accompanying the act with all the customary elements: mourners, bearers, the priest… And until today!

Since 1922, rare has been the year when the burial of the wineskin has not been held. During the Spanish Civil War, the half a dozen men who remained in the village would gather in Bixente Bilbao, affectionately named “Aittitte Bixenti”, the basketmaker’s wood-fired oven in order to commemorate the eve of the Holy Cross, as had been the custom since 1889, without burial though. And even if we have been unable to feast and celebrate in 2020 and 2021, both here and elsewhere, taking into account the two funerals which were organized in 2019 to honour the wineskin, only one has actually been missed. In fact, it was in October, three years ago now, that the tradition of the burial of the wineskin was highlighted, representation included, on the occasion of the European Heritage Days. 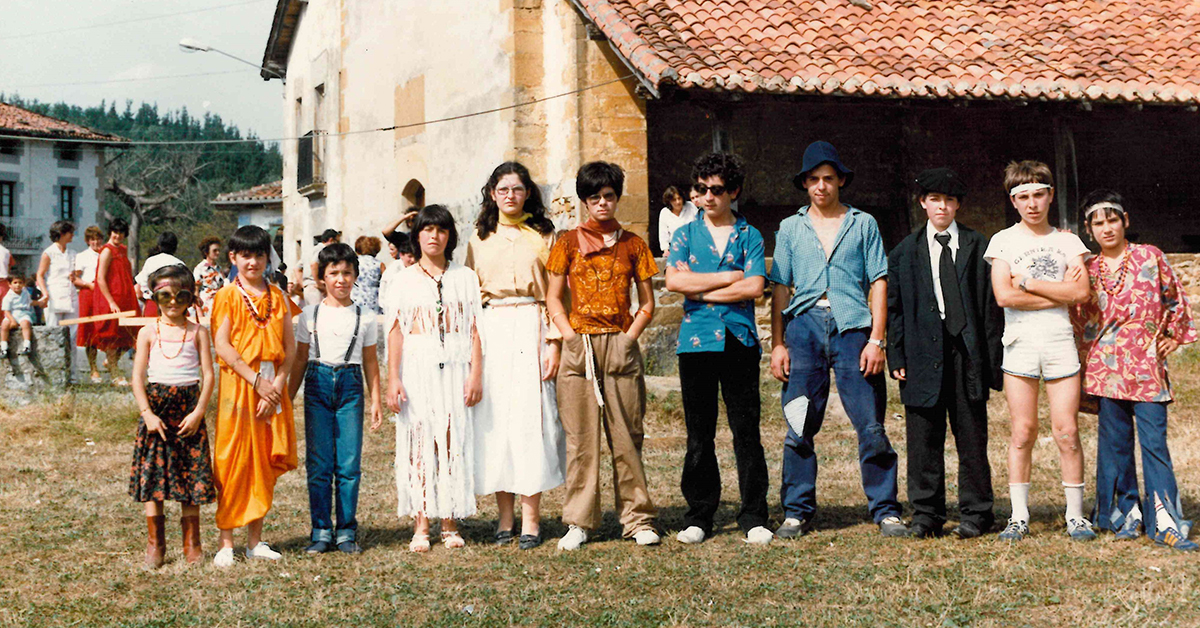 Burial of the wineskin, 1981. Photo credit: courtesy of the author.

Nowadays, a small parody is added to the ritual funeral, which varies every year. The solemn procession is still performed as ever before: the four oldest members of the community carry the coffin on a bier, and Juan Luis Ugalde marches at the head of the cortège, carrying a wreath made of grape leaves. Joseba Andoni Enbeita, Ireneo Ajuriagogeaskoa, Imanol Enbeita, and Jabi Bilbao have been the bearers of recent years. In rigorous mourning, the funeral cortège departs from Aittitte Bixenti’s oven towards the square. They are followed by neighbours in charge of theatricalizing the act, dressed in costumes appropriate for the occasion. It is usually then that those present try to anticipate the theme of the parody to be staged. After the parade, while the last respects are paid to the wineskin at the square, the group of performers waits its turn in the portico. As with any other burial, the burial of the wineskin is also officiated by a priest. This role was played for many years by the recently deceased Deunoro Sardui, whose baton was taken up by several young people from the neighbourhood, a woman among them. Ultimately, it has been Asier Galarza who has been interpreting it for years, and may he continue to do so.

Originally, the bearers’ part used to be played by men who had acted as so-called ‘youth of the wineskin’ when they were young. Locally known as zaragi-mutilak, they were single young lads from the neighbourhood, responsible for carrying and paying for the wine to be consumed during festivities. Young married men would likewise be accepted later on, but girls never made it into the group of chosen youth. And we say that they never made it, because the ‘youth of the wineskin’ did not survive the passing of the years. Former members still get together in Aittitte Bixenti’s oven; these days, however, it is the association Atxelipe that provides enough food and beverages for feasting and rejoicing. The burial of the wineskin turns one hundred years old this year, counting once again with the participation of bearers, cortège, mourners, priest, parody, and so forth. We shall miss many people, that is what it takes to celebrate a centenary, and some other neighbours will participate for the first time, thus giving continuity to this custom.

Where did you go for your holiday?