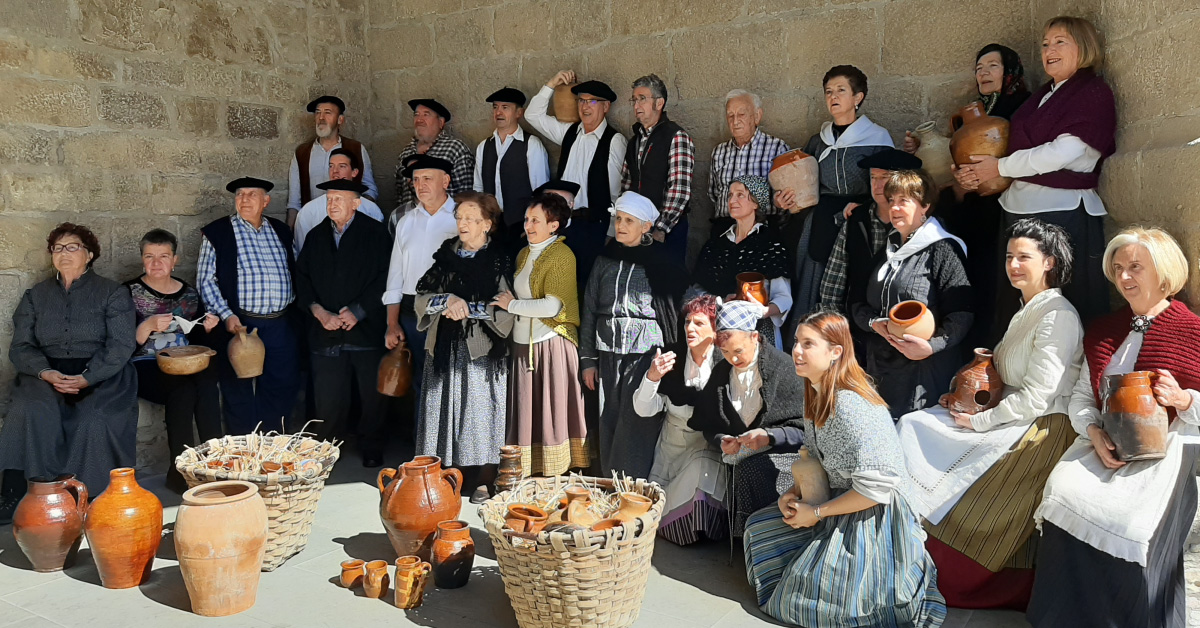 Hidden away in the sabayao or attic, frequently broken or damaged, are old ceramic vessels that have outlived their use and survived the inevitable passing of time. The odd few, but increasingly more, are clean, and proudly on display in the home. We often cannot agree on how to call them and concepts such as stew pot, jar, pitcher, cooking pot, basin, pan, jug, etc are all intermingled and confused in the popular vernacular. However, all share the fact that they were all handcrafted and played an important role of being used to store, cook and serve food in the home.

I am here specifically writing about the potters of Lumbier, men and women who kept alive the craft of making pottery in that town in Navarra until the 1960s. The centuries-old tradition of making pots there dates back at least to the 16th century, thanks to the good soil extracted from land at Lardin (red clay) and Larana (white clay). The potters would then mix the clays, first with their bare feet and then by hand, in the right proportion according to the type of vessel to be made.

Admittedly, pottery put out to dry or potters turning the wheel with their feet while they shaped the vessel with their hands or expertly used the escavata or scraper, the pots being glazed and donkeys arriving with the boxwood collected from the Costera or slopes are no longer sights seen in Lumbier. The kilns are no longer lit to fire the pots and the finished wares are not sold from house to house and village to village. No… it has all petered out and porcelain and plastic have taken over in the name of progress. 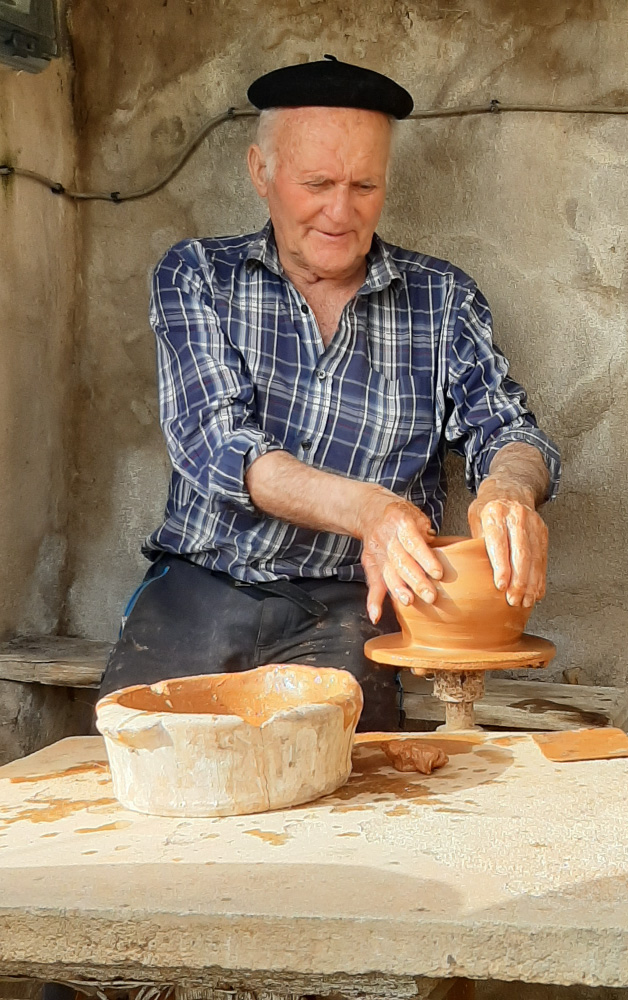 Shutting down those kilns also marked the end of dynasties of potters such as the Beroiz, the Goyeneche, the Napal, the Pérez, the Rebolé… A new age had arrived when peppers were no longer stored in vinegar, or meat cured in marinade, or rice cooked in a cooking pot. Porcelain and crockery replaced earthenware on tables, hens were given water in tin troughs, hot water bottles made out of rubber were used to keep people’s feet warm in bed, and the vines were tended using much more modern gadgets… to give just a few examples of the evolution that happened in the 2nd half of the 20th century.

In Lumbier, streets such as Las Cruces, Los Olleros, Arrabal or Gallarape ceased to throb with life as before. And yes… the livelihoods also petered out of that last generations of craftsmen: Gabriel, Francisco, Juan José, Julián, Blas, Justo, Hilario…; without forgetting that behind all those men, there was also the hard work of their wives, daughters, mothers, grandmothers, who glazed, mixed the clay, put the pots out to dry, collected the boxwood or sold the finished ware. There was always, always, always a team of men and women behind each piece of pottery. That is why we no longer talk about potters, but rather about potters’ hands; in 2021, the phrase “Potters’ Hands” is the name of an editorial project in Lumbier to recover, safeguard and disseminate the information on the potters and trade, a project that the descendants of those last generations of potters have all united around and are pulling together to keep the memory of those potters alive. These are a guild of craftsmen that, even though they have “petered out”, still want to be kept alive in the memory of their fellow countrymen and women, to continue to be a source of pride and a hallmark.