Restoring washhouses in Araba, raising the status of work and social spaces 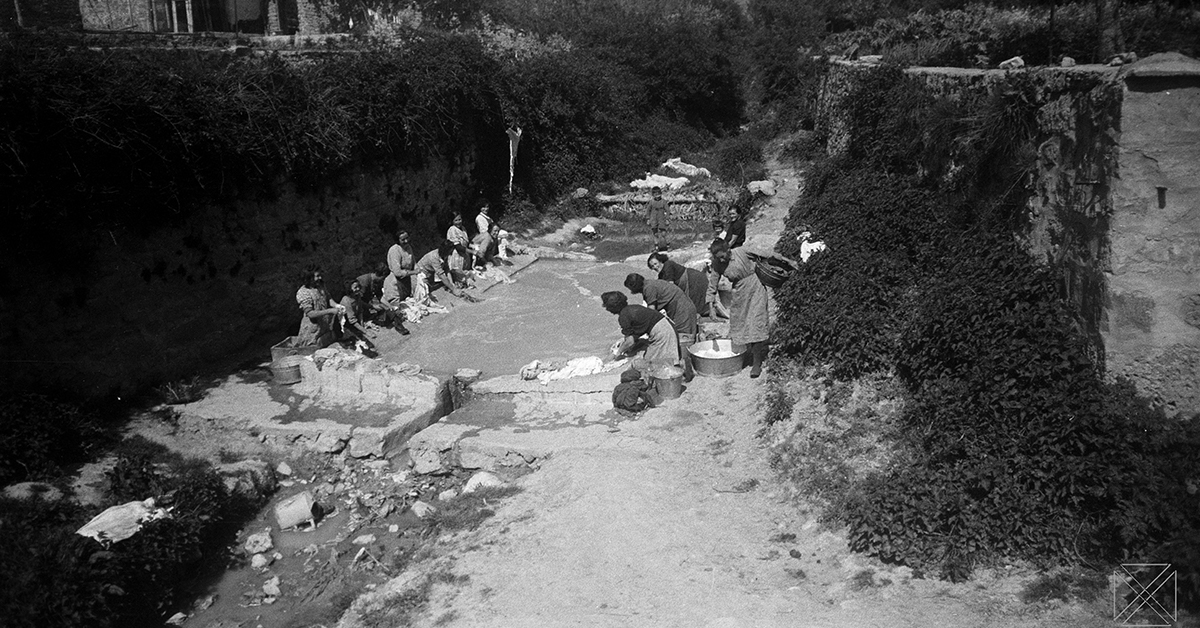 We have recently attended tributes to the women who used the washhouse for one of their daily chores of yesteryear. Initiatives such as the ones at Zalduendo and Argomaniz remind us of the hard living conditions just a few decades ago. However, as washhouses were predominated by women (the presence of men there was merely anecdotal), the initiatives also help to bring to the fore tasks that were triply invisible: as they were to do with providing care (in other words, the home), were carried out by women and as they persisted for longer in the rural than the urban world.

These tributes “return” the washhouse to neighbourhood life and put it in context in a very different society from the one when those places played an essential role in the everyday life of the village. And that is important because, regardless of however simple many of the buildings were or however small the villages where they were located, washhouses are genuine places of memory: apart from being the scene of individual memories, they contain collective memories of everyday life and gender construction. Thus, they were places for work and to pass on the knowledge and the skills required for each task, and were also the settings for different forms of orality (lexicon, songs, adages, etc.). They were certainly places for sisterhood and socialising, and were venues for communal management venues, such as the auzolan (pro bono work for the good of the neighbourhood).

As society changed and technology advanced, washhouses, in the same way as other private-public spaces (the communal hall, market hall…) were replaced by others. But that undoubtedly logical process to replace interpersonal relations may lead to their memory not being kept alive. And when that falling into oblivion precisely involves issues linked to certain groups becoming invisible, it may be the first step to a much more complex and dangerous phenomenon – collective oblivion.

Many washhouses falling into disuse and then disrepair, which would justify their demolition, meant the end to a collective imaginary of a woman’s place of work and socialising, a unique space where women were at the fore. It is therefore important to showcase such initiatives and even give impetus to others, such as unveiling commemorative plaques, turning walls into exhibition spaces and even gather witness accounts linked to those places, which was the case in Treviño in 2020. In short, they are all collective memory capsules and help to ensure they do not fall into oblivion.

Some particulars about chestnut-trees and chestnuts