The courage of an etxekoandre, the mother of the home, in exile 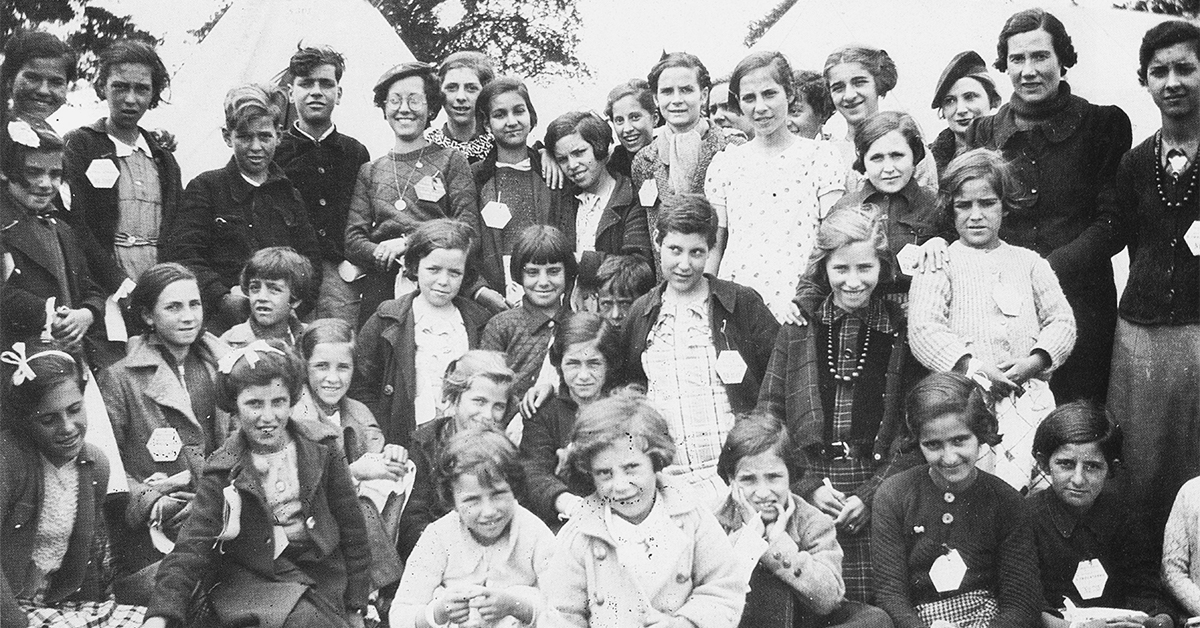 The seizure of Basque territory and the rest of the Republican north by Franco’s troops, and the subsequent repression and exclusion, led to a great tide of exiles leaving for elsewhere. It is estimated that 100,000 Basques went into exile, from our land, between 1936 and 1937, 30,000 of whom were children, and that over 10,000 people were from the Basque Country out of the 500,000 people who left in the so-called “Withdrawal” from Catalonia to France in 1939.

The first important exodus of the Basque population abroad took place just a few weeks after the start of the war, during the Gipuzkoa campaign. Many women and children fled to France, driven by the widespread fear among the population caused by the rapid advance of the rebel troops towards the frontier area and the proximity of the fighting. From the first week of May 1937, after the Franco offensive on Bizkaia, when the frequent bombardments of the different towns led to many dead and emerging hunger, the concern spread to the whole society and resulted in the large-scale evacuation of the civilian population.

Many of the Basque exiles were initially accepted into France. Where they reached the French ports, they were vaccinated, registered and examined to screen for any dangerous infectious diseases. After going through the controls, and once fed, the refugees were taken by train to the allocated reception centres in France, and, at the same time, some thousands of children went to neighbouring countries. 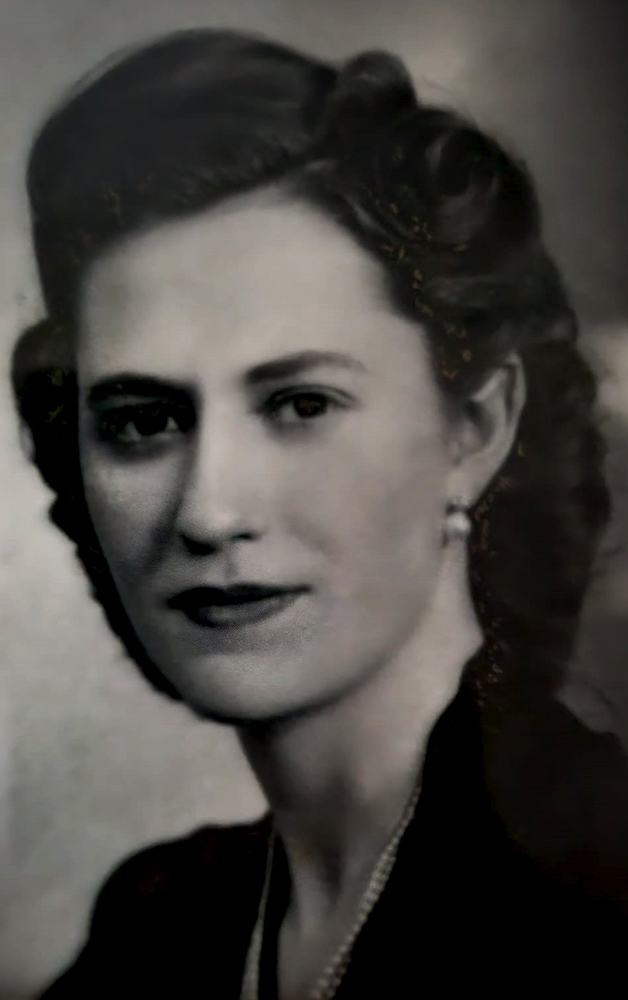 Begoña Estevez. Courtesy of the author.

The harsh living conditions in the camps and, above all, the outbreak of World War II in September 1939 led to a significant and speedy initial return of many refugees to the Basque Country. Even though all the exiles were initially expected to return quickly, that was not even an option considered by several thousands of them, mainly those with strong political convictions. Remaining in France or fleeing to the Americas seemed to be the only avenues to continue with their life plans that were disrupted from the moment they left the Basque Country. Their flight thus became a long exodus that would last until the death of France and even to the present-day in some cases.

Many admirable women, only known by their nearest and dearest, thus found themselves having to live through the vicissitudes of war, post-war and exile, and to face many obstacles and sacrifices.

Begoña Estevez Arechavaleta was one of them. Born in the centre of Bilbao on 15 November 1923, Begoña was sent to France on the Goizeko Izarra, which was moored in the port of Santurtzi, when the city was bombarded in 1937. She began the first part of her exile in Iparralde, the northern or part of the Basque Country under France. She then became romantically involved with Antón de Irala, fourteen years older than her, and who had been a member of Basque-speaking cultural and political movements from when he was very young. He was appointed General Secretary of the Presidency when Lehendakari Agirre formed the first Basque Government.

Given his political responsibilities, Antón had to move to the city of New York, but Begoña was unable to do so, and they therefore had to marry by proxy in 1945. Some time later, they were finally able to be reunited in that city, where they lived for some time and had two children. They then had to return to Iparralde again and their family grew with a further five offspring.

In 1962, after the death of Lehendakari Agirre, they moved to Manila (Philippines), where they lived for 8 years. When they finally returned to the Basque Country, they settled in Donibane Lohizune. 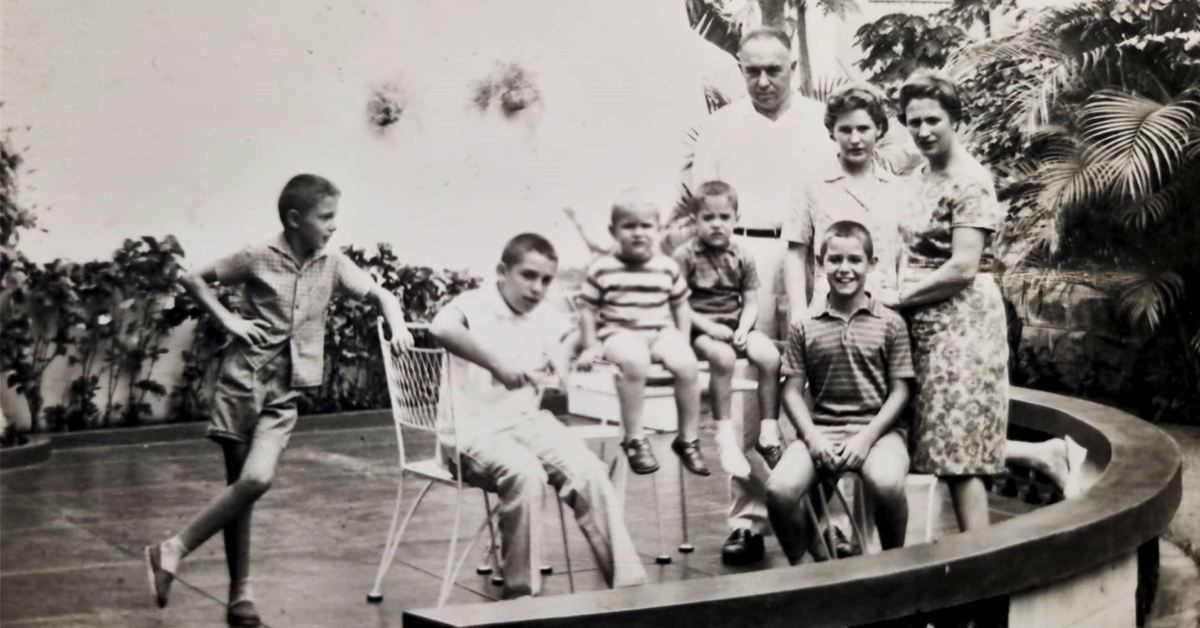 Begoña Estevez and Anton de Irala with their children in Manila, 1963. Courtesy of the author.

Our society recalls and extols many great politicians, lawyers, university professors, novelists, journalists… Basque men who, from exile, and on the front line, left their mark and work to support their county. But in the majority of the cases, their wives were alongside them, but remained the background and away from society’s eyes. Begoña was one of those strong and strenuous women, who fought for their families. Apart from being a housewife, she was the physical and psychological mainstay of a large family, who raised her children, while strongly defending Basque freedoms and guided by the values of “euskaldun fededun” or of being a good Basque.

Begoña’s children encouraged her, as she neared the end of her life, to write her memories of her many intense experiences around the world. However, Begoña wanted to remain as discrete as always and did not put anything down in writing. But all her nearest and dearest were aware that, thanks to her, and to her tireless work looking after such a large brood, and, at the same time, supporting her husband, in ever-changing situations and far from her own family environment, they had the opportunity to focus on their political, work and business responsibilities, until they achieved social recognition.

In short, Begoña, like many other women, was the “silent backbone” of those successful lives and, above all, of a great work, that of raising her family in exile.

In search of a standardisation of the festive calendar