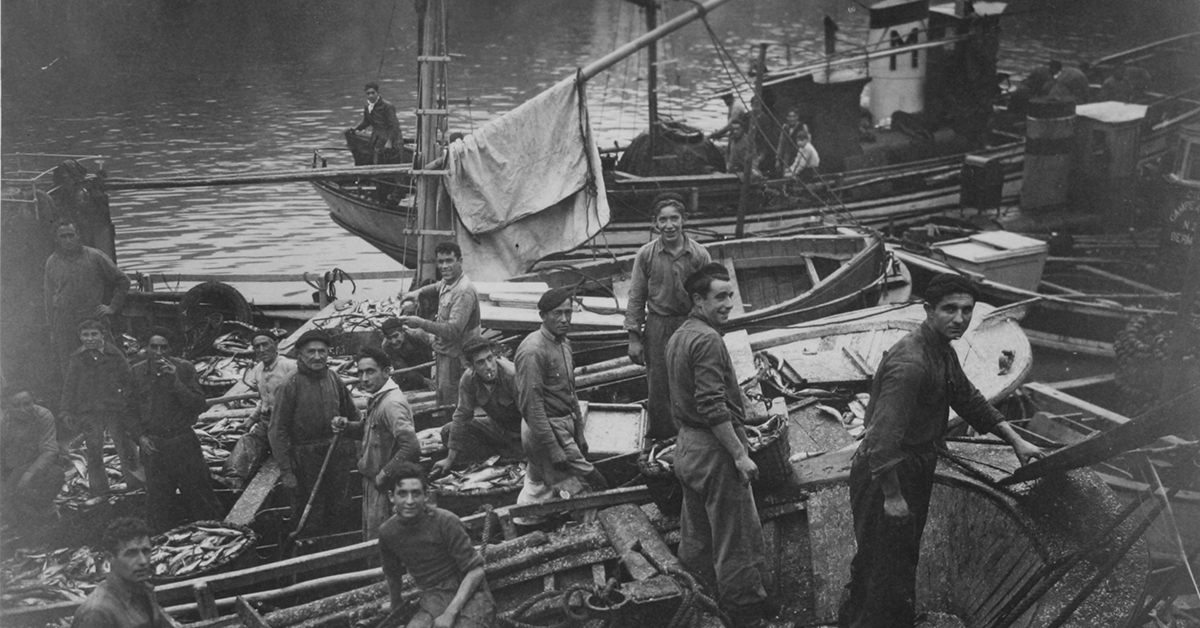 Later and based on that idea, Gabriel Aresti wrote a poem, that Xabier Lete popularised and which would make him famous.

But why does the song associate winter with being poor?

One reason based on the way of life of fishermen in the past is explained below.

The proverbs gathered by Azkue include the following: Por San Simón y San Judas, las embarcaciones fondeadas [Boats moored by the Feast of St. Simon and St. Jude]. In other words, boats should have dropped anchor and remain moored at the dock at that time of year. In fact, the season was very poor in terms of fish. Therefore, the arrantzales (fishermen) would spend their time on shore work until the red bream season started.

For example, they would go to the countryside to collect the husks, in other words, the leaves around the cobs from the corn fields. The thickest part of the husk, the upper part, was left in bleach for around a quarter of an hour to turn it white. Once whiten, they were left in the shade so they did not turn red. Those husks were used the following year as lures in the tuna season.

They also got ready to catch red bream. First, the young anchovies caught in October were salted and put in vats to be used as bait. The fishermen then prepared the longlines.

There were red bream aplenty once winter arrived. As the saying goes: Por San Txilibristo, el besugo cuelga de la boca [On the Feast of Saint Sylvester, red bream in abundance]; in other words, the red bream had to be on show on New Year’s Eve. And then there is a similar reference to the Feast of St. Anthony the Great: San Antón, besugos al montón [Feast of St. Anthony the Great, piles of red bream]. Stocks of that fish began to dwindle from then on.

In any event, the fishermen earned very little from those coastal catches.

Andoni Basterretxea summarised it perfectly in these verses:

[The first red bream on the Feast of the Immaculate Conception, /

And the last often on St. Anthony’s Day

/ if there is a delicious dish /

it is roasted red bream at Christmas.

A hard life and no profit.

/ It is easy to say that red bream is delicious,

However, the fishermen knew the steps to be taken to keep poverty at bay. The fishermen’s guilds organised mutual aid or mutuality. The guilds thus gave advances to the fishermen when they could not go to sea in bad weather or when fish was scarce.

Professor of Social Security and Labour Law at Deusto University

The courage of an etxekoandre, the mother of the home, in exile