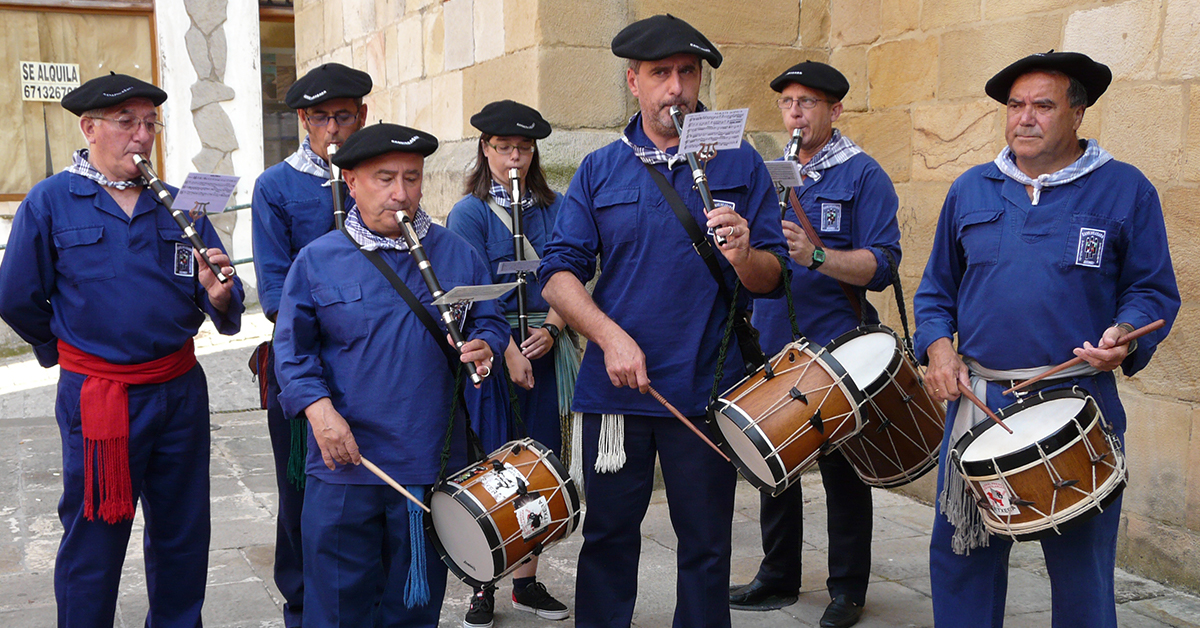 The use of a hewn pipe seems to date back to prehistoric times, but it would be in the Middle Ages when a musical revolution occurred and when the melodic combination of the three-holed fipple flute and the rhythm of the tabor drum by the same player (jesters and minstrels) would develop and spread throughout Western Europe (Italy, France, Spain, Portugal and even be taken to The Americas). In the 16th century, the jesters and minstrels taught courtly dances and livened up tournaments or the social events of the nobility.  Those unwonted scenes inspired the popular classes to adopt that figure in their civil and religious celebrations, festivities, processions, pilgrimages, ceremonies where the entertainment was provided by peddlers. Paradoxically, there were all known by the same widely used name of “taborers” (danbolin). In around the 18th century, given their musical development and evolution in courtly and plebeian settings, a bitter struggle broke out between those who could and those who could not read music (in their search for fame and fortune from their performances). 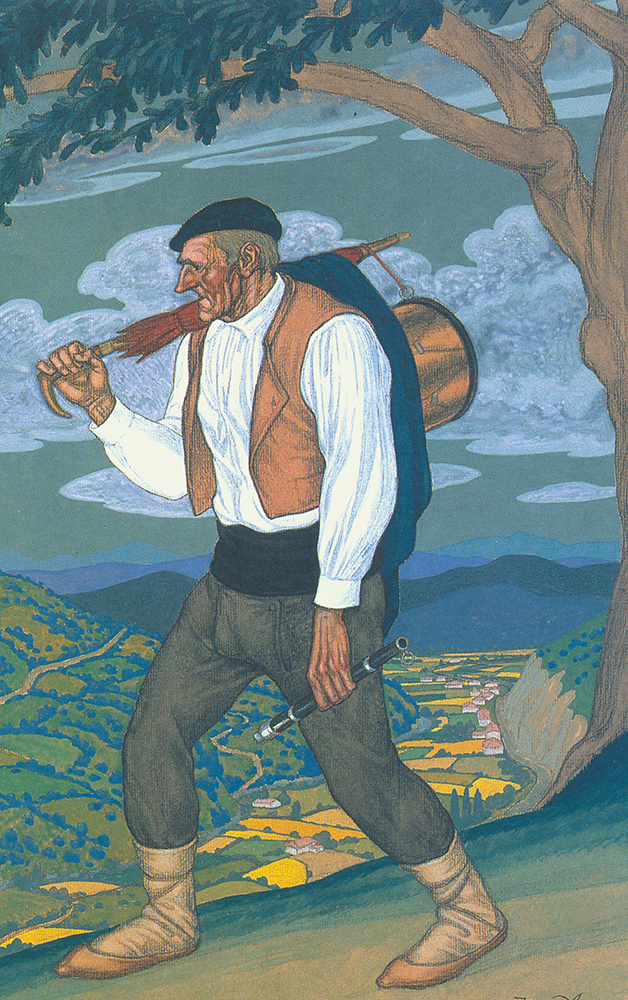 The txistulari, by Ramiro Arrue.

Therefore, our popularised “txistularis” (flute players) have shared those two instruments (without forgetting the txirula and the ttun-ttun, soiñua or psaltery) with their counterparts in Oxford (pipe and tabor), Corsica (pipaiolu and tamborinu), Béarn and Gascony, La Provence (tambourinaire), Portugal (tamborileiro of Alto Duero and Alentejo) or in Spain (Cantabria, Asturias, Burgos, León, Zamora, Salamanca, Extremadura, Huelva, Huesca, Catalonia, Balearic Islands or Tenerife); from its heyday and monopoly of all spheres of social life  from the 16th to 18th century to its current functional and geographical stronghold. The 19th century saw its rapid decline with the emergence of other instruments and musical-dance fashions; and we have witnessed its recovery, rebirth and heritage enhancement in the 20th century, thanks to the early endeavours in the Basque Festivities (Euskal Jaiak) and the setting up of the txistularis associations.

Yet the institutionalised and widespread functions of the instrumental ensemble and its performers were one of the common denominators during the boom centuries. The musicians learnt their skills by carefully watching or under the tutelage of a well-known master musician. Depending on their economic situation and manufacturing skills, some even made their own instruments. Contracting musicians for public festivities (until the municipality took over) was usually left up to local youth associations, who would welcome them, provide them with board and accommodation and accompany them as the musicians performed their festive obligations. It was not unusual for them to make a little extra money by performing the odd request.

Their different festive obligations included provided the musical backing for the dancing, their role in overseeing the music and/or choreography of the ritual dances of each festivity, their ceremonial tasks in the festivity (on the eve before, reveilles and at daybreak, welcoming and accompanying the authorities, after-lunch entertainment or courtesy visits to homes, providing the music for public dances or to bring the festivity to an end). Their social standing and upkeeping the tradition was associated to their performing skills or the variety of their repertoire, their festive stamina and ability to adapt to the music requested or due to their scarcity, the iconic proximity or willingness to liven up gatherings.